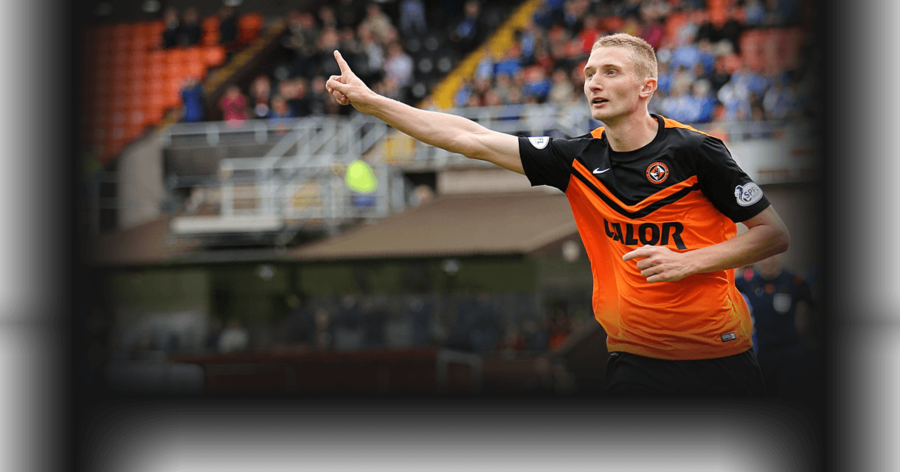 United's fine start to the season continued as goals by Chris Erskine and Paul Paton secured a 2-0 victory over St Johnstone. By Joe James

Despite this being United's third game in seven days, there were only two changes made from Wednesday night’s League Cup clash with Dundee. Jackie McNamara brought in Mario Bilate for winger Blair Spittal with Stuart Armstrong also making way for Chris Erskine. The visitors made four changes from their League Cup tie victory on Tuesday with Frazer Wright, Gary McDonald, David Wotherspoon and Liam Caddis all coming into the starting line-up.

After a bright start from both sides, eight minutes in United passed up a decent chance to open the scoring. Under immense pressure from Nadir Ciftci, Saints keeper Alan Mannus rifled a clearance kick into the path of Mario Bilate. The big striker’s heavy touch just outside the box fell just into the reach of Frazer Wright to divert the ball from danger.

As the first half continued, both teams played some attractive football, but found it difficult to create any clear cut chances.

At 22 minutes, United opened the scoring from a fantastic counter attack. David Wotherspoon's corner was brilliantly collected by Rado Cierzniak. The goalkeeper then swiftly threw the ball into the path of Ciftci on the left flank, who then excellently knocked the ball passed Brian Easton before releasing the unmarked Chris Erskine who slotted past Mannus.

With United in the lead and dominating the closing minutes of the first period, the Terrors were doing a good job of playing the game at their own tempo.

Despite United dictating the early stages of the second period, Michael O'Halloran was inches away from drawing St Johnstone level on the hour. Easton's cross was swiped at by Callum Morris and fell into the path of O'Halloran, who struck the post from a tight angle.

Midway through the second period, United doubled their lead through Paul Paton. After brilliant build-up play on the right from Ciftci and Keith Watson, the ball was instinctively struck off the post and into the goal from the all action midfielder.

Despite Simon Lappin missing a golden opportunity to bring St Johnstone back into the game, United held out for the win and looking relatively comfortable with everything that the Saints threw at them.

This victory for United extended their unbeaten run to six matches, and now showing the determination to win matches ugly, there is arguably a lot more to come this season. Overall, an impressive victory for United and a brilliant way to end their poor string of matches against St Johnstone.