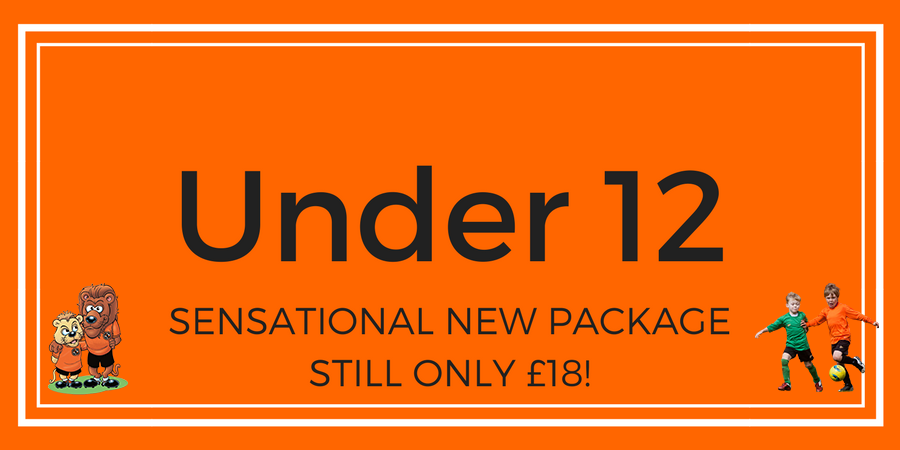 Throughout our existence, Dundee United have had their roots firmly established within the local community.

Loyalty Period season tickets go on sale on Saturday 24 March at 9am.

It is in our DNA as a Club to produce our own talented players from our Academy right through to the first team. This is what binds the Club and fans together and makes us truly United - the pride that comes from seeing a successful team peppered with young talent that has been produced in-house.

The aim is simple - encourage all Arabs under 12 years of age in our local community to come along to Tannadice as a supporter but to also come along to our Dundee United Youth Academy pathway coaching courses and set out on a journey to become a United star of the future.

We are looking for the next generation of Arabs to sign up for a season ticket and there are a number of fantastic reasons to do so!

An under12 season ticket costs only £18* - that’s only £1 per game but you also become member of the Junior Tangerines and receive three vouchers to attend the DUCT Academy pathway coaching course.

The Junior Tangerines membership** scheme has also been refreshed and full details of the new package will be announced prior to the start of the 2018/19 season as elements are still being worked on.

So make sure you purchase a season ticket for your under12 for only £18 and allow them the chance to become the next generation of Arabs!

*Under12 season tickets must be purchased with an adult or senior season ticket and are limited to two purchase per adult purchase in most circumstances.