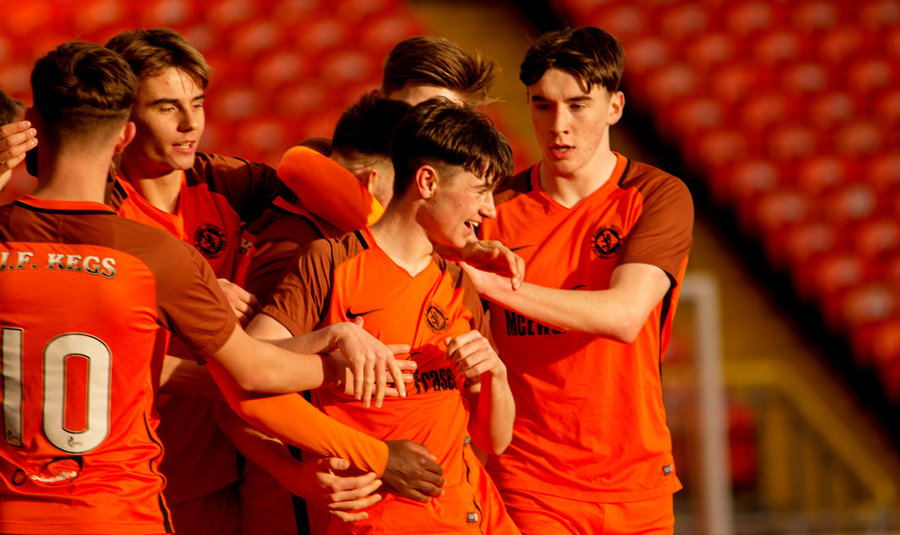 A terrific second half performance by the young Tangerines saw them convert a 3-2 interval deficit into a worthy 5-3 victory over St Mirren at Tannadice tonight.

Saints struck first in this thoroughly entertaining encounter, Sam Jamieson netting on 11 minutes when through one on one with the keeper.

And just two minutes later United were in front, Declan Glall smashing a beauty into the top corner from 25 yards.

On the half hour mark, Saints Cameron MacPherson hit the bar from a free-kick, but the equaliser was only delayed four minutes with Jamieson netting from five yards.

Three minutes from the break, MacPherson had better luck from another free-kick finding the top right hand corner from 20 yards to give the visitors the lead.

Starting the second half on the front foot, United levelled on the hour mark when a Logan Chalmers free-kick caught the Saints defence napping and skipper Jake Davidson steered the ball past the exposed keeper Chris Henry.

Six minutes later, Glass blasted a cross from the right which deflected to Chalmers who drilled home from the edge of the box.

And a home victory was sealed eight minutes from time when Kadded picked his spot from just inside the box to side-foot home another Ritchie cross.