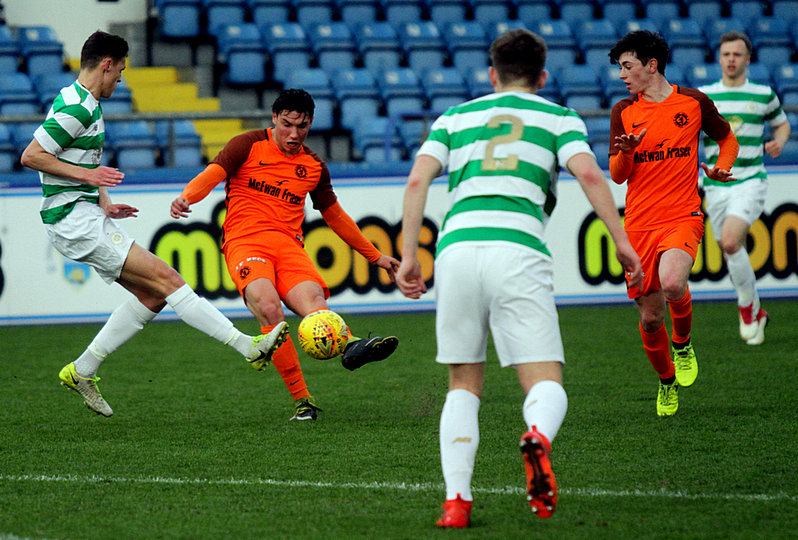 The Tangerines slipped to defeat at Cappielow courtesy of losing goals early in both halves and another shortly before the end.

Starting strongly, the Hoops took the lead on eight minutes when Michael Johnston knocked in Ewen Henderson cross from the right.

Two minutes later, only a great save by Josh Donaldson prevented Johnston scoring again after his mazy run.

Midway through the half, United were only denied a leveller when keeper Ross Doohan palmed a low Logan Chalmers drive past the post.

And Doohan again came to the home side’s rescue a couple of minutes later, tipping Idris Kadded’s raking shot over the bar.

And from the resultant corner, an Allassam Jones slipped inches past the far post.

But within three minutes of the restart, United’s task became an uphill one has Celtic stuck twice, Crossan notching them both.

On the hour mark, the visitors were desperately unlucky not to pull one back when Kadded’s side-footed effort was cleared off the line by Lewis Bell.

A minute from the end, Thomas McCaffrey added the fourth with a shot via the underside of the bar.