LOYALTY PRICES TO REMAIN UNTIL SUNDAY 20 MAY 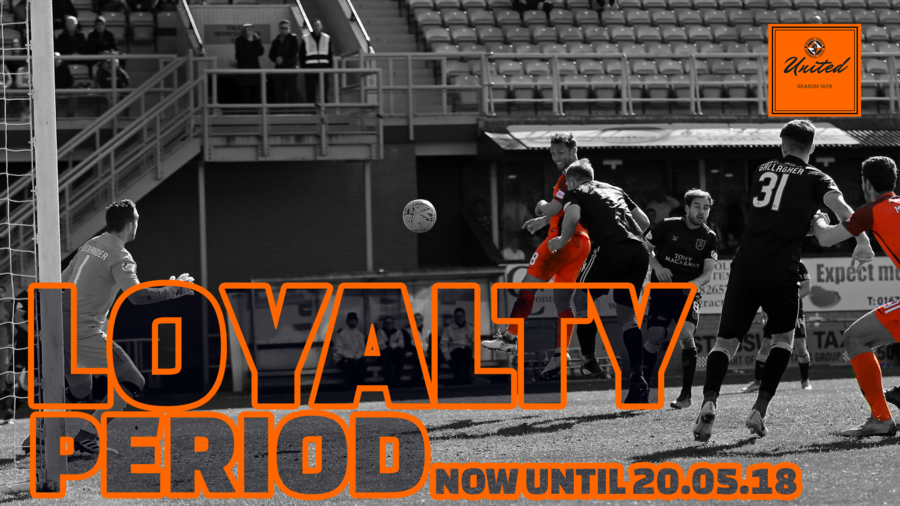 Dundee United's season ticket holders have responded fantastically with over 1000 purchasing tickets within the first 24 hours for the Premiership playoff first leg at Dunfermline on Tuesday alongside tickets for the home leg on Friday night.

With the potential for four other playoff games, Chairman Mike Martin has decided to ease the financial burden on fans by keeping 18/19 season tickets at loyalty prices until the close of business Sunday 20 May.

Mike Martin said, "Our season ticket holders have again shown the passion they have for United by buying tickets in excellent numbers for both legs of the quarter-final. The loyalty period has been in place for six weeks but we hope to have six playoff games over the next two weeks and by way of a small thank you for the continued support I have decided to keep the loyalty period prices in place until Sunday 20 May."

Existing and new season ticket holders can purchase their season ticket online, in person at the Ticket Centre or by phone on 01382 833166 (option 1). Ten-month finance option is available via Zebra finance direct.