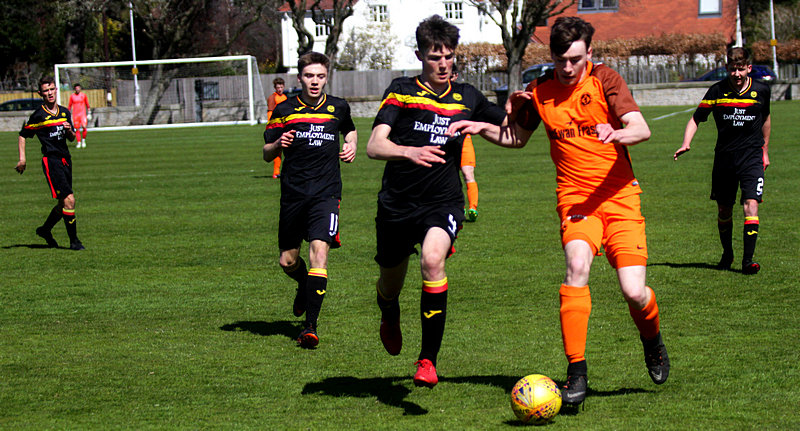 The Tangerines wound up their league campaign with a deserved 2 - 1 win at St Andrews today.

The winner though came from a softish penalty award converted by French striker Idris Kadded nine minutes from time.

Earlier, skipper Logan Chalmers’s opener was cancelled out by an Aidan Fitzpatrick counter.

On a fiery surface, neither side troubled the keepers in the first half with a speculative Andy Rodden lob hitting the United crossbar being the only incident of note.

Looking much livelier after the break, United deservedly went ahead six minutes after the restart.

Declan Glass made progress down left before delivering a cross into the middle which broke to Chalmers who scored with a shot on the turn from 12 yards - his tenth goal of the season.

However, substitute Robert Ward then went down in the box under a challenge from James Penrice and Kadded hammered home the penalty that saw the Tannadice side finish the season with back-to-back victories.