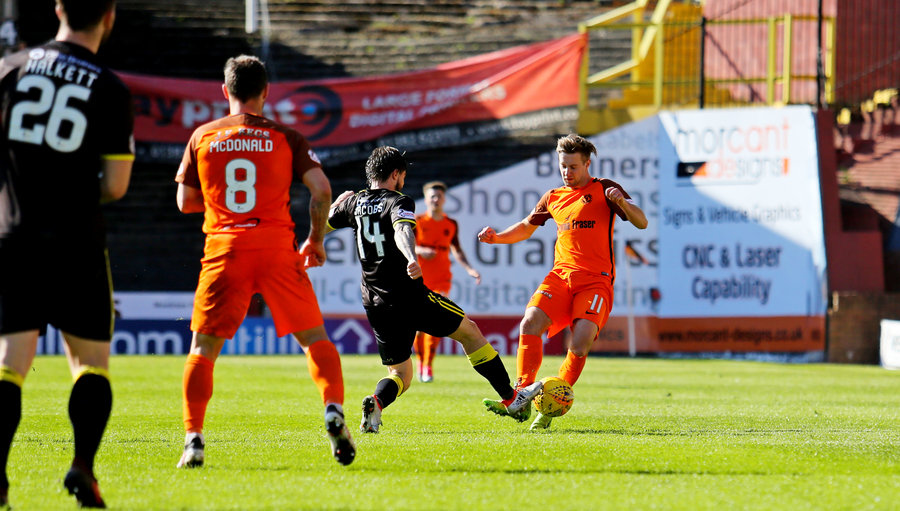 Tickets for the semi-final home leg tie versus Livingston tonight are now on general sale. Tickets can be purchased in person at the ticket centre or via telephone on 01382 833166 option 1 (for collection).

Tickets are priced as follows:

United fans can also purchase tickets for the George Fox lower tier tonight at the George Fox ticket booth.  There will also be cash turnstiles at the Eddie Thompson Lower tier and the Jerry Kerr Stand.

Livingston fans are allocated the West Stand. Admission is by paying at the cash turnstiles. Lower tier prices apply.

Please note the second leg on Friday 11th May at The Tony Macaroni Stadium is cash-at-the-turnstile for both teams.

All fans are respectfully requested to conduct themselves in a manner that does not bring the Club and its supporters into disrepute and adhere to the Ground Regulations and refrain from Unacceptable Conduct.

Supporters are advised to remain within the stand and not trespass onto trackside or the field of play.

Searches will be carried out at the turnstiles for any controlled containers and pyrotechnics. Under the Sporting Events Act 1985, being in possession of a pyrotechnic device at a football match, or attempting to bring a pyrotechnic device into a football stadium, is a criminal offence. Any person committing such an offence faces immediate arrest and a life time ban from the Club. Surfing flags are not permitted.

Dundee United would like to thank all supporters for their co-operation and continued backing of the team.