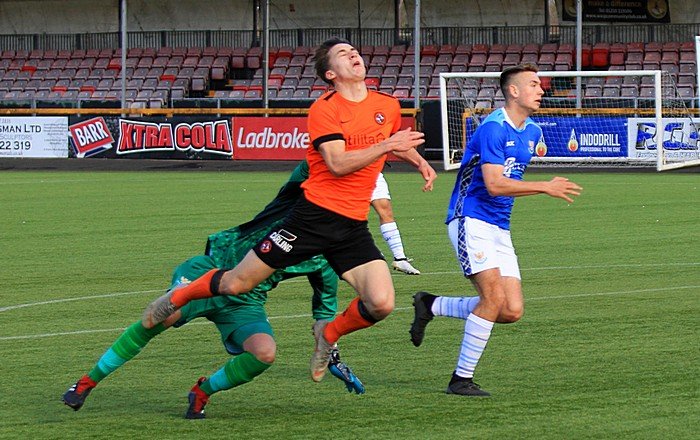 Calum Hendry hammered home a fierce 35-yard free kick a minute from time to deny the Tangerines a third successive victory in this afternoon’s game at the Indrodill Stadium, Alloa.

Set pieces were very much the story of the contest with Hendry netting from two free kicks, not to mention hitting the woodwork from another, while both United goals came from penalties.

The United team wasn’t quite as experienced as recently with four younger players in the starting line up and it was one of them, Declan Glass, who was brought down in the box before Aidan Nesbitt converted the spot-kick with just two minutes gone.

But in the first half it was United who had the better chances, notably when Paul Watson and Louis Appere both went close.

United did regain the lead from a second penalty after Appere was barged over by Saints keeper Ross Mitchell and Nesbitt netted the second award.

If United had the better of the first period, the second half was more even with both sides having chances.

But it looked as though the visitors would go on and win until Hendry’s crackerjack.