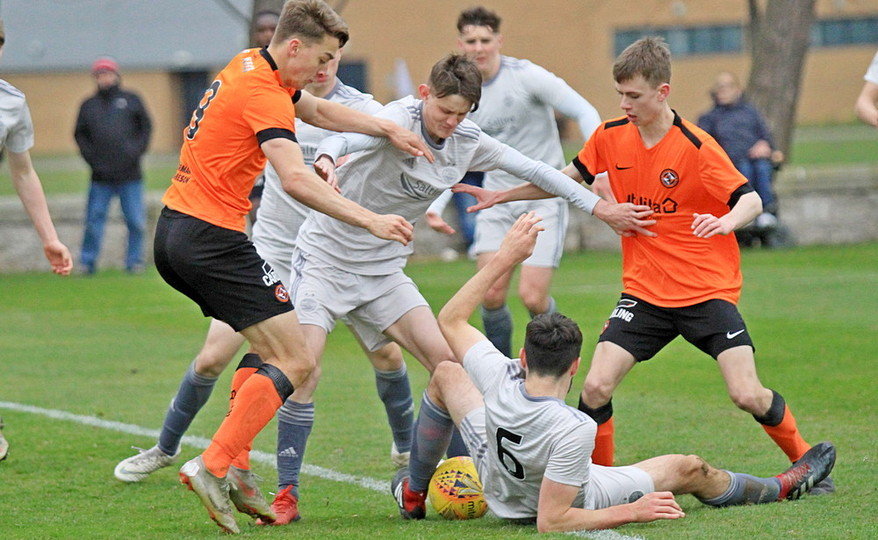 The young Terrors came from behind to deservedly draw – their fourth in a row - in a hard-fought contest between two young sides at St Andrews University this afternoon.

Chances were few and far between in the first half though the home side had the better chances.

Declan Glass sent a free header wide of the target and shortly before the break Logan Chalmers scooped over from right in front of goal.

Neither keeper had been really been troubled in the opening period but that immediately changed at the start of the second half as United keeper Fraser Currid tipped over an Ethan Ross free-kick.

But the Don was to enjoy better fortune two minutes later he raced into the box and drilled the ball low into the bottom left-hand corner.

David Dangana then forced Currid into a fine save, tipping his header from a corner round the post.

United then brought on 16-year-old Lewis Fraser for his reserve team debut and Archie Thomas for his first game since January in place of Ross Graham and Matty Smith as the Terros piled on the pressure for an equaliser.

That ended the scoring but goal hero Chalmers turned sinner being shown a straight red in the last minute for an alleged elbow on Jack McKenzie, though it appeared accidental.

There were also late bookings for United’s Mati Zata and Archie Thomas Thomas as tempers threatened, but the final whistle went with honours even.