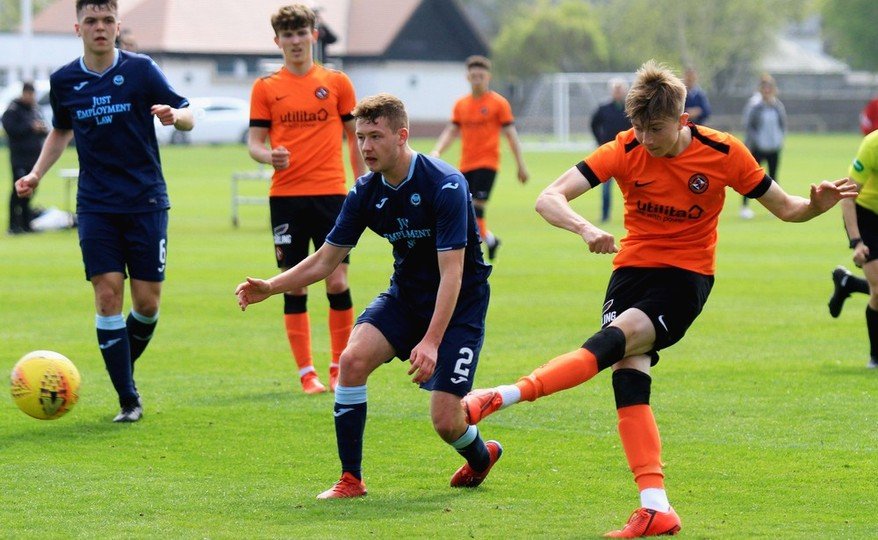 The Tangerines wound up their season in style putting Partick Thistle to the sword with an eight goal salvo at St Andrews University this afternoon, thus registering their biggest win of the season.

Dominant from the first whistle to the last, but for the Jags keeper’s heroics, the Tannadice side would have reached double figures.

It took them only three minutes to hit the goals trail, Matty Smith netting with a glancing header.

Just after the mid-point of the opening half, United added two more thanks to well-taken goals by Logan Chalmers and Scott Banks.

Seven minutes from the interval Banks broke through to score again.

And the youngster who is on loan to Clyde, completed his hat-trick early in the second half, scoring from the spot after he had been fouled.

Ten minutes from the end, substitute Louis Appere played a one-two with Mati Zata to score the seventh.

The rout was completed two minutes later with Appere converting a cut back from Matty Smith.