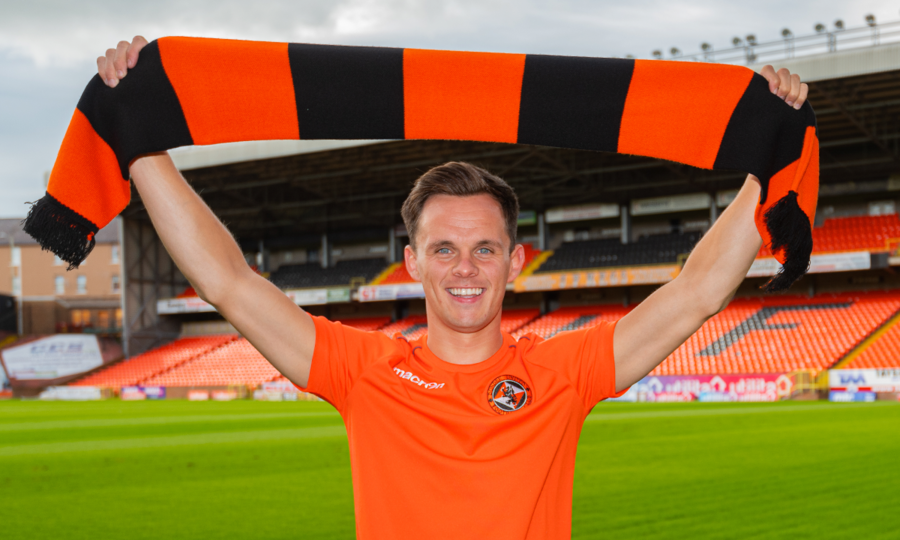 The 23-year-old has penned a three-year contract in tangerine after United beat off competition from several clubs for his signature.

His scoring exploits over the last two seasons drew attention from clubs all over the United Kingdom including the English Championship, but it is at Tannadice that Lawrence has decided his immediate future lies.

The goalscorer said, "I want to continue my development at Dundee United. Despite having offers from clubs in both Scotland and England, it is clear to me that this is the best club for my next step. I cannot wait to get started in tangerine."

Head Coach Robbie Neilson said, "This is a massive signing for the Club. A lot of credit must go to the owners, the board and the recruitment staff for the hard work in making this happen. We are getting a player who has shown how good he can be at this level and we believe we can make him an even better player with the facilities and coaching that is available at Dundee United."

Sporting Director Tony Asghar said, "I identified Lawrence as a player who fits the profile we pursue. It has taken a bit of patience, but I am pleased to bring one of the top, developing goalscorers in Scottish football to Dundee United. He had lots of offers, but the vision we offered appealed to his hunger to succeed as a player. He will help us greatly in our Championship challenge and more."

Lawrence, who turns 24 next month will wear the number 24 for United during this forthcoming campaign.