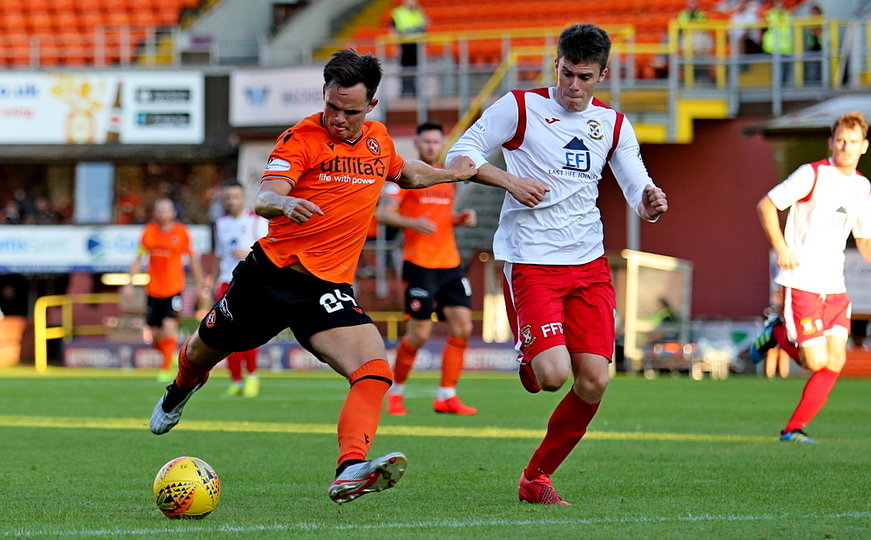 United surprisingly went down to a 2-0 defeat by East Fife on what was a very poor showing at Tannadice. Dunsmore had the visitors ahead before half time and a second from Watt just after the break was enough to give them a deserved victory.

Robbie Neilson showed his intention by fielding a very strong line up for the final Betfred Cup Group Stage match against East Fife. With the exception of youngster Scott Banks it was a largely experienced team with Clark partnering Shankland up top. Former United man Stewart Murdoch started for the visitors after leaving Tannadice earlier in the summer.

The visitors had an early sight of goal when Dowds latched on to a short backpass but, fortunately for United, Watson made a strong saving tackle. With eight minutes on the clock, Watson was involved at the other end of the park. Following a foul on McMullan, Banks swung in a free kick which the United defender headed just over. East Fife then had a couple of chances with both falling to Dowds. Firstly, he won the ball from Butcher at the edge of the United box and then fired a shot over and then seconds later Butcher made amends by blocking his effort from 20 yards out. With 20 minutes on the clock United produced a flowing move. McMullan broke from the half way line and set up Liam Smith who crossed to Shankland but the East Fife keeper did extremely well to punch the ball clear. With 38 minutes gone, the visitors arguably took a deserved lead. Dowds was again involved, this time supplying an inch perfect pass to Dunsmore who shot low past the advancing Siegrist. This seemed the spur United on and four minutes later they were extremely close to equalising when a thunderous shot from Shankland hit the underside of the bar. The ball was then cleared for a corner which Butcher headed but the keeper tipped over. On the stroke of half time McMullan laid the ball into the path of Stanton but his looping effort just drifted wide of the far post. 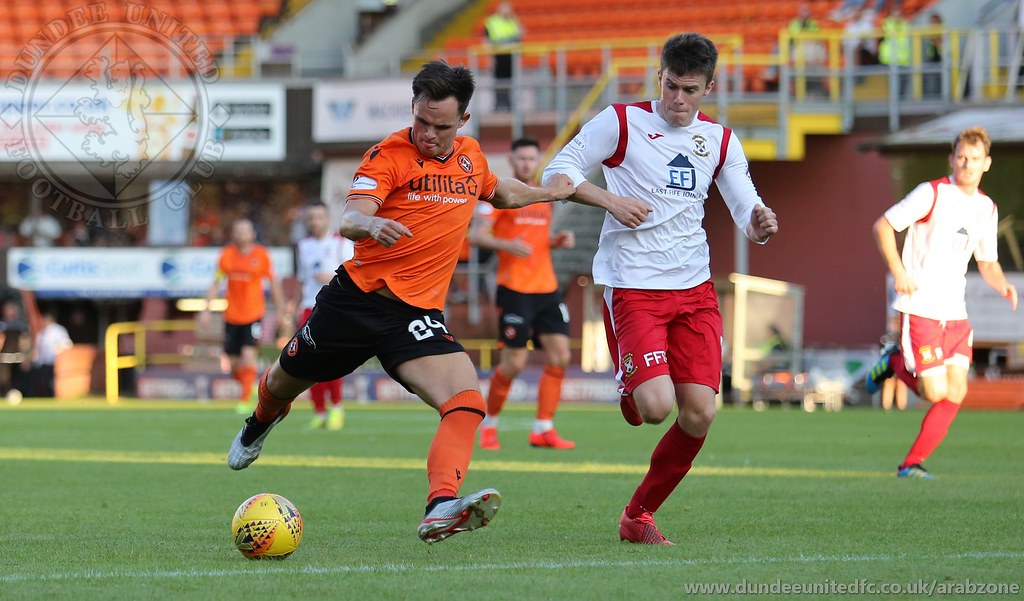 Six minutes into the second half the League One side extended their lead. A fine ball was played through to Watt who despite the presence of McMullan was able to turn and curl a fine shot into the bottom corner of the net. United then brought on Robson and Appere for Sporle and Banks and within a few minutes Appere was involved when his shot was blocked by the home defence. East Fife's goal scorers then combined with Dunsmore laying the ball to Watt who shot over. United then won a corner at the other end which McMullan took and Clark nodded over. With 13 minutes remaining United had a glorious chance to get back in the game. Appere picked out Robson on the left and his great cross was met by Shankland who volleyed over. A minute later United were thwarted by a fantastic one handed save by Hart from a Stanton header. East Fife then went straight up the other end and Siegrist did well to save from Dunsmore. United were trying to get back in the game and twice Smith had long range efforts saved by Hart. With five minutes left it was almost three when the visitors once again had the ball in the net but the linesman had already flagged for offside. The final chance of the evening was a free kick for United but Hart handled well from a shot from McMullan.

Summing Up - a hugely disappointing evening for United and, although mathematically they can still advance from the group, it looks unlikely.