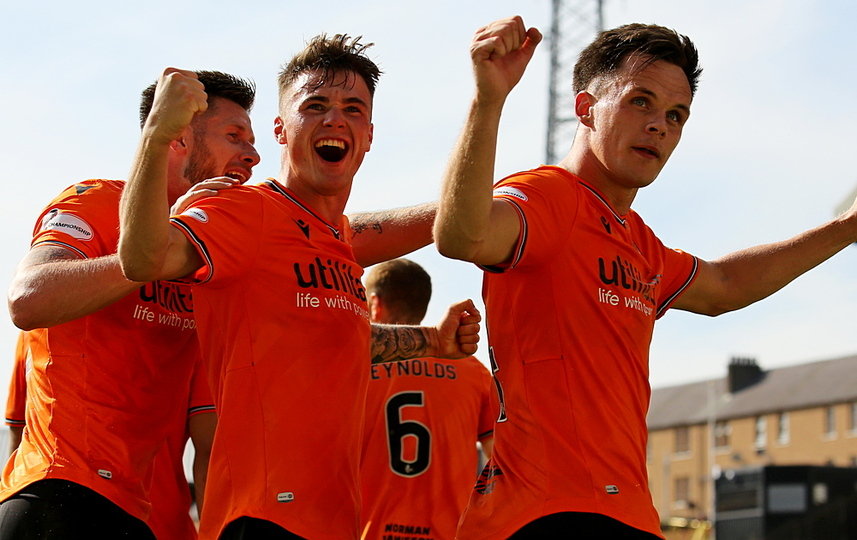 Whilst very early in the campaign, this was a performance which can only breed confidence for the challenges ahead. Playing an attacking formation it was United who dominated for the majority of the match and deservedly ran out comfortable winners. This came against a team expected to be one of the main challengers at the top of the table, but today they could do nothing to prevent the hosts dictating and creating numerous chances.

Louis Appere burst through the middle after just 1 minute and immediately caused a scramble in the Inverness six-yard box. Amidst the panic was a penalty claim for handball before the ball was hacked away. There was then a close shave at the other end as a Jordan White cross was met by Keatings whose effort struck the outside of the post. The bright start by United was about to be rewarded however as Appere’s delightful lifted cross from the left was met emphatically by Shankland who bulleted a header beyond Mark Ridgers into the bottom corner. Another counter attack from United led to a chance to extend the lead in the 15th minute as Sam Stanton charged forward, spotting the overlapping run of Nicky Clark, however Clark’s shot was driven a foot over. In the 29th  minute Inverness, against the run of play, then drew level. A Keatings corner was met by Jamie McCart who headed powerfully towards goal. Benji Siegrist did well to touch the ball onto the bar however Tom Walsh was on hand to prod home the rebound. The response from United was positive as they immediately went back on the attack to retake the lead. Paul McMullan was this time the provider and his excellent cross was met near post again by the head of Shankland who glanced into the far corner. 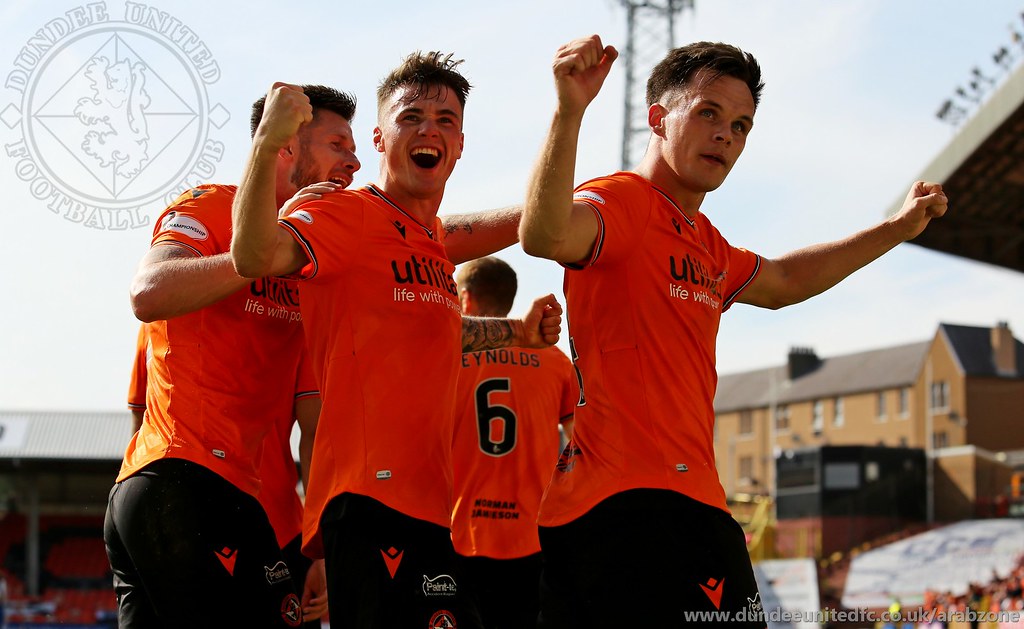 Seven minutes following the restart the hosts created another opening when Calum Butcher teed up Clark for an effort just outside the box which curled over. In the 53rd minute United then deservedly increased their lead in similar fashion to the earlier two goals. Appere cut inside from the left flank and swung in another pinpoint cross which was met by the head of Shankland. This time the summer signing nodded the ball back across Ridgers low into the corner to complete his hat-trick. In the 68th minute Keatings shot high over as Caley looked for a lifeline before McMullan won a corner for United from which Appere’s powerful shot deflected before being cleared up-field. Another corner followed soon after and this time Caley keeper Ridgers had to react instinctively to prevent a Donaldson own goal. United sub Cammy Smith almost added a fourth in 79 minutes when his shot following an Appere cross beat Ridgers but was blocked desperately by the legs of Vincent. As if the day couldn’t get any better for Shankland he sealed an emphatic win with his fourth goal in the 86th minute. Cammy Smith cut the ball back from the right and Shankland swivelled before curling a low left foot shot into the bottom corner. There was a justified ovation for the striker as he was replaced by Scott Banks in the 88th minute. The final chance fell to Ian Harkes whose well struck shot was defected for a corner as the hosts finished the game as they’d started, on the front foot.

Man of the Match – The obvious candidate courtesy of his four goals, not to mention some excellent link up play, was Lawrence Shankland. Arriving under a lot of pressure following his signing during the summer, he clinically finished the opportunities created by his team mates. One of which, Louis Appere, also stood out with two assists and looks to be an exciting prospect for the season ahead.