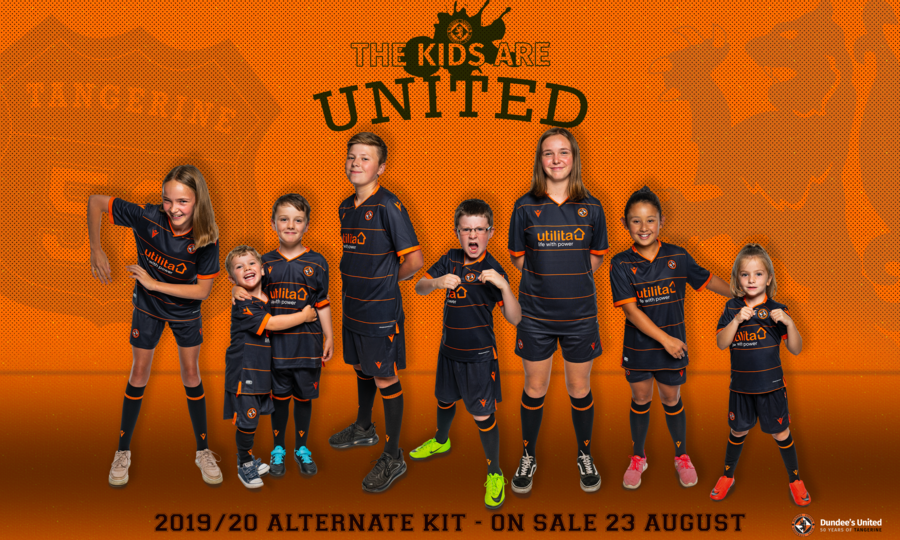 Members of the first team took on a team of United supporting kids this week to launch the 2019/20 alternate kit.

The fixture, held in the University of St Andrews sports hall, featured first team players Deniz, Liam Smith, Adrián Spörle, Adam King, Logan Chalmers and Lawrence Shankland up against a squad of United kids: Harry (3), Jack (6), Willow (7), Erin (8), Benjamin (9), Zara (10), Kevin (12), Méabh (13) and Aoife (16) and the kids were right up for the battle!

The first team players took to the pitch wearing the all-new alternate kit featuring tangerine pinstripes around an all-black body, shorts and socks. The kids looked fantastic in the 2019/20 primary kit.

Using the sheer volume of numbers at times, and no little skill at others, the kids came out victorious with the final scoreline reading: All Blacks 1 Tangerine 50!

You can watch the video below:-

Victory for the kids secured their place at the photo shoot the following day as they became the first fans to see, wear and present the new kit. The final image represents the fact that the kids are United's future.

The kit goes on sale on Friday 23 August.