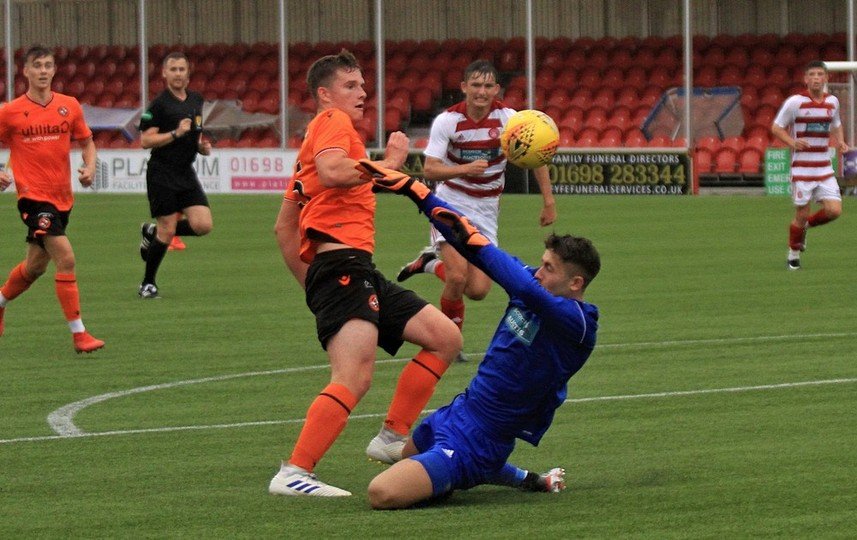 The Tangerines gained more than adequate revenge for last week’s narrow league defeat thanks to some clinical finishing at New Douglas Park this afternoon.

The visitors got off to a great start with a goal after only four minutes.

Matty Smith ran to a long ball out of defence and held off his marker before drilling the ball low into the bottom corner.

United were then forced into an early substitution with defender Michael McArthur limping off and being replaced by Adam Hutchinson.

Though Accies had the lion’s share of possession, keeper Josh Donaldson wasn't tested other than to clear from David Moyo.

And seven minutes from the break, the Terrors scored again courtesy of a defensive error, substitute Adam Hutchinson nipping in to chip the ball over the keeper before tapping into the unguarded goal.

As in the first half, the visitors struck within three minutes of the restart.

Archie Meekinson was brought down and Logan Chalmers sent the keeper the wrong way from the resultant spot-kick.

Accies pressed for a goal but were caught on the counter after 69 minutes and it was Chalmers again, drilling the ball low inside the right-hand post from the edge of the box.

Accies finally found the back of the net seven minutes from the end when Ronan Hughes headed home.

And three minutes later, the hosts pulled back another from a penalty converted by Andy Winter following a push by Donaldson which earned the keeper a yellow card.

Then dramatically, they were awarded a further penalty, but Donaldson saved it with what was the last action of the game.