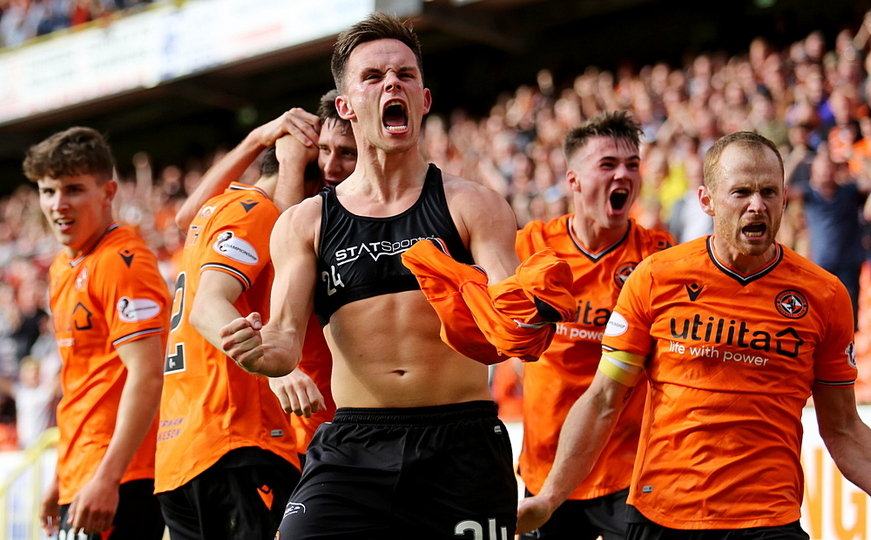 United secured the points in dramatic style as a late Shankland show overcame the loss of a goal in the 52nd minute by Arbroath's Luke Donnelly.

As expected, the hosts began on the front foot, with Sam Stanton and then Louis Appéré registering efforts on goal inside the opening two minutes. Both, however, were comfortable saves for Arbroath goalkeeper Darren Jamieson.

Despite offering little in attack, the visitors had caused one or two moments of concern, however goalkeeper Benjamin Siegrist had mostly been a spectator.

Appéré couldn’t direct a close-range header on target following another United corner before a flare up in the 37th minute belied the tone of the contest to that point. Robson and Michael McKenna tangled sparking a melee involving several players from both sides. Once tempers had calmed, the result was yellow cards for Robson, McKenna and Butcher. Four minutes from half time Stanton drilled in a low cross, with Lawrence Shankland touching onto the inside of the post from four yards, in what was easily the nearest thing to the opener of the half.

There was another close thing in the 50th minute when a Stanton corner was glanced goalward by Harkes, missing only by inches. Disaster struck for the hosts when in the 52nd minute the visitors took a shock lead. Bobby Linn floated in a cross from the left and Luke Donnelly prodded home from five yards. McMullan was immediately sent on for Cammy Smith as Robbie Neilson looked to inject the urgency which had been lacking for most of the match. Things almost got worse for the Tangerines when sub Josh Campbell struck the post from long range then Steven Doris steered an angled effort wide of the upright. The hosts, seemingly shell shocked, struggled to restore the territorial advantage and as a result created very little in the latter part of the game.

The chance which appeared never to be coming for United finally arrived in the 88th minute when McMullan played in Shankland on the right side of the box. Seemingly having taken the ball too wide, the finish high into the corner of the net was sublime. With many thinking the home side had saved some face in avoiding defeat, there was still to be a stunning ending. 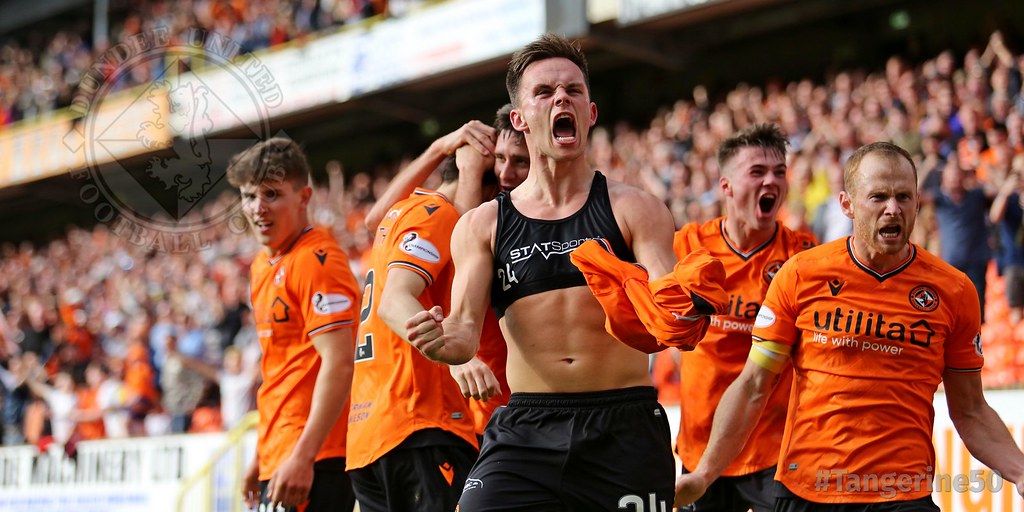 Liam Smith exchanged passes on the right and swung in a sublime right foot cross with Shankland waiting in the middle. The striker then did what he does best, positioning himself between Arbroath’s central defenders and cushioning a header into the far corner beyond Jamieson. From nowhere, victory had been snatched from the jaws of defeat.

Despite spending the first half on top, their failure to score meant United were always open to the sucker punch and when this arrived, they seemed to have run out of ideas. Having a striker like Shankland to rely on however is exactly what’s needed when going for a title, and his two dramatic goals secured the points which for a long time seemed unlikely.