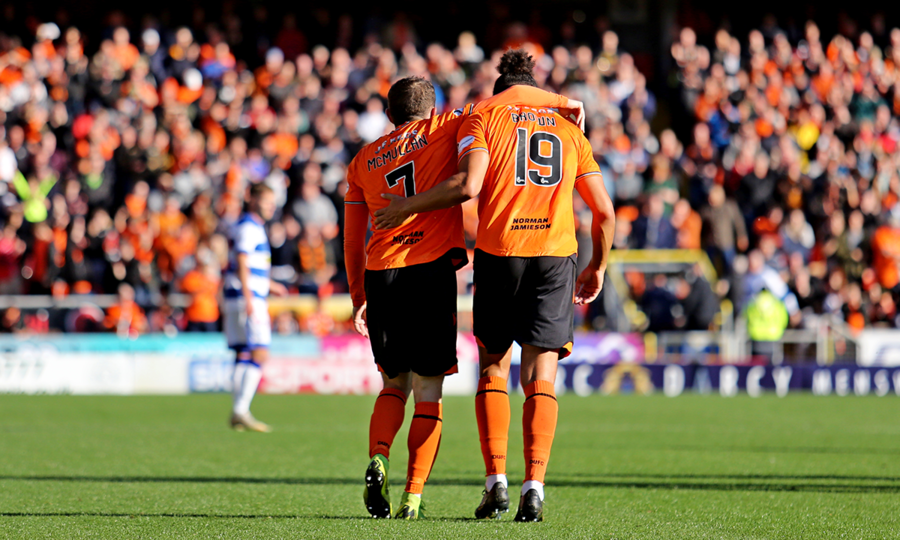 1. Last week's win over Arbroath showed we're capable of fighting until the final whistle. This week proved we can also strike right from the off as Lawrence Shankland had us 2-0 up inside five minutes.

2. Troy Brown hasn't played many minutes in the last three or four months but you wouldn't be able to tell as, on his Tannadice debut, he was a rock in the heart of United's defence, dealing with everything that came his way. This could be the start of an exciting partnership with Mark Reynolds as the pair get more game time together.

3. Speaking of partnerships, the forward pair of Shankland and Paul McMullan continues to shine. That's the sixth time this season the two have linked up, with McMullan providing all of the assists for the talisman.

4. With Jamie Robson the notable absentee from Saturday's squad, right-back Liam Smith filled in on the opposite side and didn't look out of place as he supplied the assist for Paul McMullan's first goal which came from an excellent defensive clearance.

5. United appear to love scoring six goals at Tannadice this season. It's the second time in the current league campaign that we've scored half-a-dozen goals inside 90 minutes following our 6-2 derby win in August, taking our tally for home goals this season to 21.

6. Academy Graduate Logan Chalmers scored his first league goal for United on Saturday. It was also his first headed goal for the first-team.