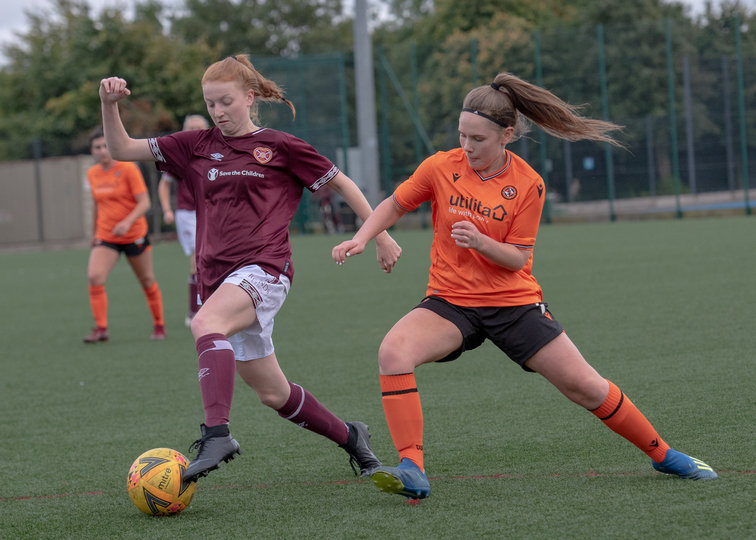 The Women's team were undone by two penalties in a hard-fought battle with league leaders Hearts at the D.I.S.C. on Sunday.

In what was an evenly contested match, the visitors made the most of a strong start to take an 11th-minute lead from the penalty spot after a handball was awarded against a United defender.

United continued to search for a goal and McCallum and Harkin were showing up well. Despite threatening to equalise, early in the second half, United was once again undone by a penalty kick - this time after a foul spotted by the referee.

United made changes to try and bring a spark that would get them back into the game and although the visitors were reduced to ten women following a sending off for foul and abusive language towards the match official, and despite pressure, the Tangerines were unable to breach the Hearts goal and the game ended in a 2-0 defeat.

After the game, Head Coach Gavin Beith commented, "Ultimately, two penalties have decided the game and we now have to look forward to the next game as the players continue to gain experience at this level.”

Next up for DUWFC is on Sunday 20th October vs. Patrick Thistle at PetersHill Park, Glasgow (kick-off tbc)