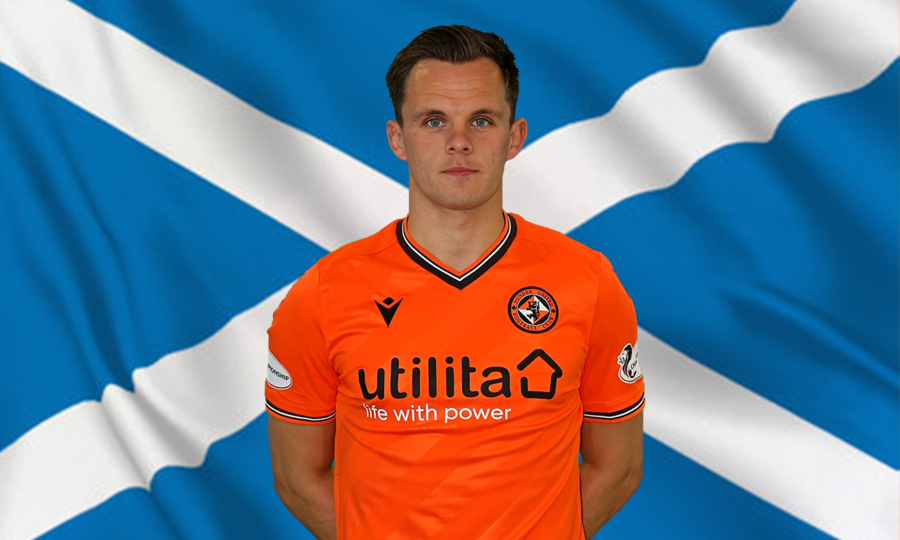 Lawrence Shankland's record-breaking start to the season has been rewarded by a call-up to the Scotland squad for the upcoming double-header versus Russia and San Marino.

The striker, who joined the Club in the summer, has scored 15 goals in his 12 starts in a tangerine jersey - including thirteen in only seven league games. Already he has two hat-tricks to his name including Saturday's 6-0 defeat of Morton and his four-goal haul versus Inverness CT on the first day of the league campaign.

His record of 13 goals in his first seven league games has bettered legendary strikers Peter McKay (12 in eight games) and Finn Døssing (10 in seven games) records.

Head Coach Robbie Neilson said, "Lawrence fully deserves this call-up. He has come in and embraced the philosophy and culture of Dundee United. He is loved within the dressing room, around the Club and by the fans.

"Lawrence is more than just a goal-scorer. His work-rate and all-round game are excellent, and he is happy to help educate the young players around him every day at training.

"With the help of the coaching and facilities here at the High Performance Centre at the University of St Andrews, he has now made the step up to the next level, and I believe he will continue to get even better. I am delighted for him and the Club."

Lawrence has previously featured four times for the national team at Under 21 level, scoring two goals.