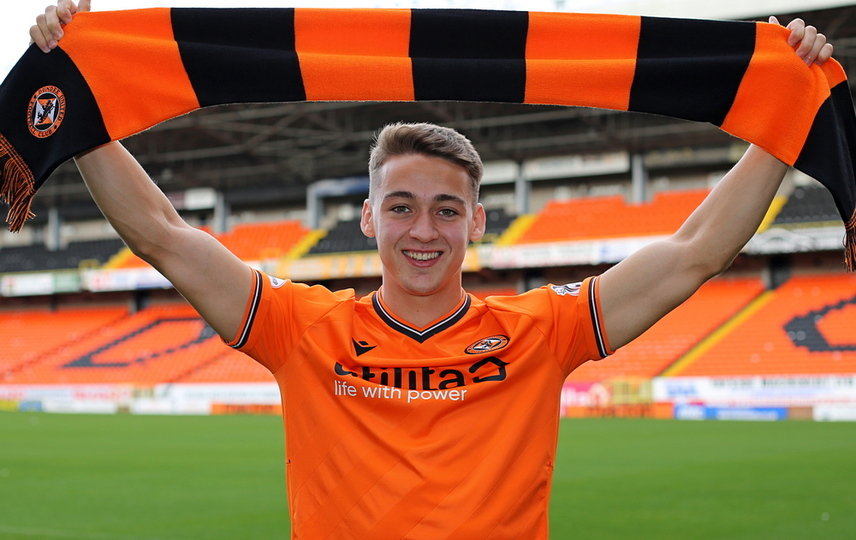 Striker Louis Appéré has signed a contract extension securing him to United until the summer of 2022.

The Fifer joined United as a 17-year-old in 2016 starring in the development side and making his first team debut in August 2017.

After a loan period at Junior side Broughty Athletic during the second half of the 2018/19 season that saw Louis impress and score, he came back for pre-season ahead of the current campaign determined to prove his worth.

Louis immediately caught the eye with his fitness and development and forced his way into the first team picture. His rise to prominence reached a crescendo with a goal in the 6-2 victory over Dundee. He has featured in every game so far this season (13) scoring two goals in the process.

Louis said, "I am delighted to sign my contract. Going out on loan helped me and working with the coaching staff here is making me a better player.

"Now that the contract is signed it is up to me to continue improving and help myself and the Club reach the next level."