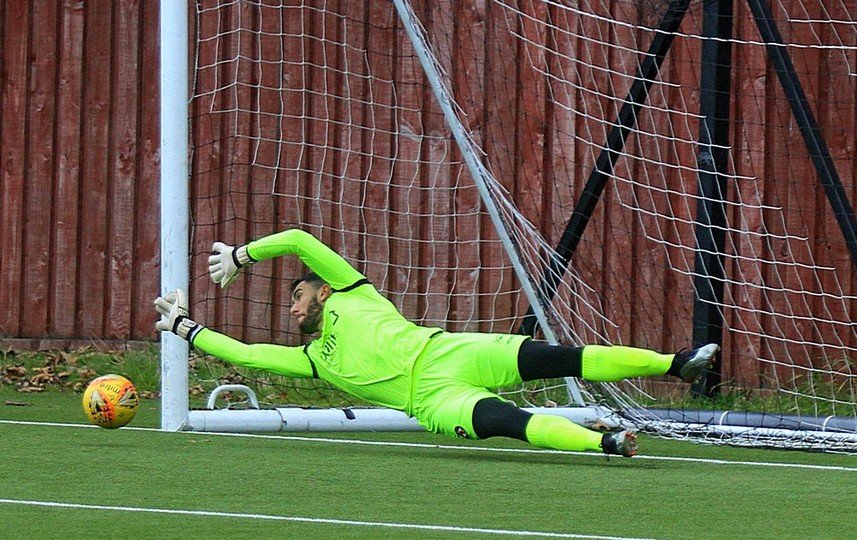 In the proverbial game of two halves, the Tangerines’ second string surrendered a two-goal interval lead at the Paisley club’s training ground to share the spoils but earned a Reserve Cup bonus point courtesy of a rare penalty shoot-out success.

Totally dominating the first period, United went in at the break two up thanks to a Matty Smith double, but Saints were a different proposition in the second half with substitute Lewis Jamieson also netting twice.

Nicky Clark was the provider for both of the visitors’ goals. With 25 minutes gone, his header from a cross from the right was met by Matty Smith at full stretch to scoop the ball into the roof of the net.

Six minutes later, Clark won possession from a dallying defender 12 yards out and squared the ball to Matty Smith for a simple side-foot finish.

But United were to be left to rue not scoring more goals than their pressure deserved as Saints hit back after the break.

Just after the hour mark, Jamieson pegged one back following some slack defending.

Indeed, shortly before the end, Saints passed up a glorious chance to level when a glancing header from an unmarked Saint flashed wide.

However, in the shoot-out for the additional point Declan Glass, Jake Davidson, Ross Graham, Lewis Neilson, Darren Watson and Finn Robson all converted theirs and two saves by Deniz Mehmet saw United edge it.