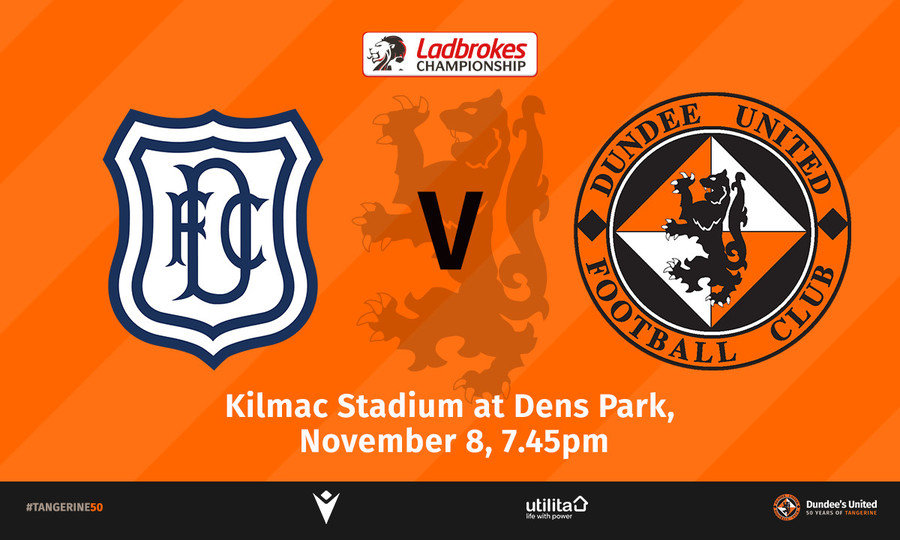 Derby fever has taken over the city once again as the build-up to Friday night's match at the Kilmac Stadium at Dens Park starts heating up.

The first meeting between United and Dundee back in August is easily the highlight from the opening quarter of league fixtures this season for everyone associated with Tannadice.

It was raining goals that night as Louis Appéré, Lawrence Shankland, Ian Harkes, Cammy Smith and Calum Butcher (x2) struck to make it a memorable night for United and Friday night has the potential to be equally, if not more, special.

After a couple of difficult matches on the road, United got their away form back on track against Inverness at the weekend as Shankland and Nicky Clark kept up their impressive goalscoring form and Benjiman Siegrist, fresh off the back of signing a contract extension, kept a third successive clean sheet.

But while both teams come into this fixture in top form, with each side taking maximum points from their three matches last week, this is a Derby and form always has the potential to go out the window.

Tickets for the match are now officially sold out, but if you were unable to purchase a ticket do not worry as there is another way for you to watch the game with your fellow Arabs.

Derby Night on Tannadice Street is an event taking place in the Hegarty Suit on Friday night where you will be able to take in the full 90 minutes, and a little bit more, with a pie, a pint and a few Club legends as well.

The ticket-only event is selling fast and tickets are limited so get them while you can via Ticket Centre, online or by calling 01382 832202.

Friday night is a 7:45 pm kick-off and we look forward to seeing a large United support.