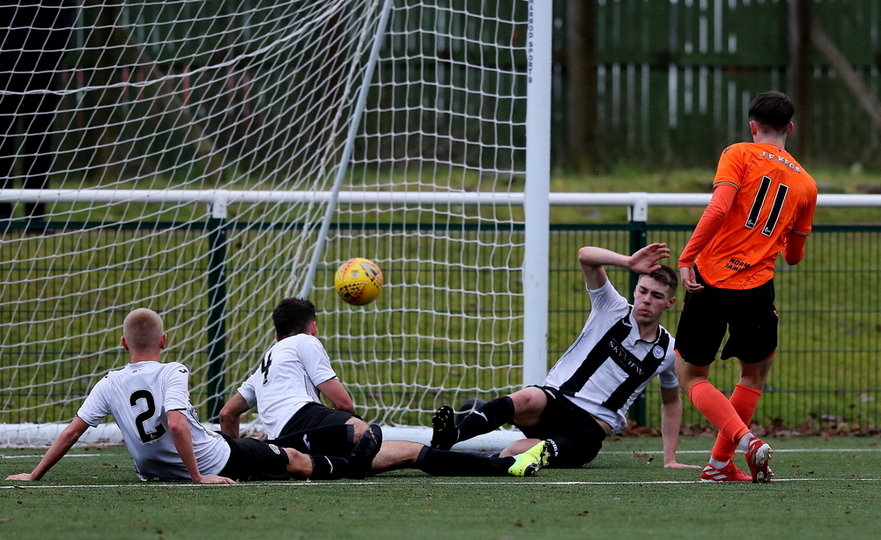 Initially, it was the Tangerines who overcame a deficit after conceding a goal inside the first minute when Lewis Jamieson headed home.

That lead was cancelled out after ten minutes, Cammy Smith netting from 12 yards after the visiting keeper could only parry a Nathan Cooney cross.

And on 28 minutes, United went in front when Chris Mochrie fired home after his first effort was blocked following the Saints defence failing to clear a Logan Chalmers high curling cross.

Dominating the first half, United had chances to increase their lead with Cammy Smith and Adrian Sporle both passing up good chances.

However, it was a different story in the second half as Saints took control.

They levelled on 53 minutes when Conor McBrearty headed in a cross from the left and with 14 minutes left, Joshua Jack drilled home the winner from 15 yards.