NEXT UP: QUEEN OF THE SOUTH (H) 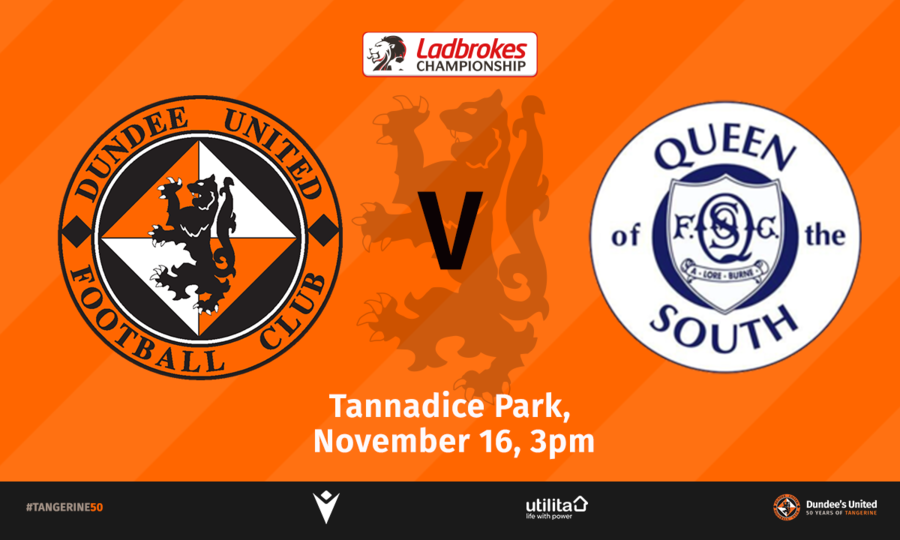 Friday night's Derby at the Kilmac Stadium at Dens Park was another memorable night for everyone involved with Dundee United. But now it's time to refocus as we welcome Queen of the South to Tannadice this weekend.

That most recent Derby win continued what has been a remarkable turn of form since the last time we faced Allan Johnston's side. The disappointing events which transpired at Palmerston almost a month ago have been eased by a run of four wins without conceding a single goal while our two in-form strikers, Lawrence Shankland and Nicky Clark, have netted seven goals between them.

And as the only top-four side playing a league fixture this weekend it's the perfect opportunity to stretch our lead at the top of the Ladbrokes Championship after moving six points clear at the weekend.

The Doonhamers will be no easy feat, however, as they are unbeaten in their last two matches, including a strong 3-1 victory over second-placed Ayr United last time out. But with our 100 per cent home record in the league still intact, Robbie Neilson and the boys will want to make it seven league wins out of seven at Tannadice in front of another strong crowd.

Please be advised there will be no cash gates or ticket booths in effect for home fans. Tickets can be purchased via the Tannadice Ticket Centre, by phone (01382 833166 option 1) or online.

Buying tickets online will also come at a discounted rate, with adult tickets reduced by £2 and concession tickets by £1. Fans with smartphones can buy online up to kick-off and scan at turnstiles in both the Eddie Thompson and George Fox stands.

Saturday is a 3.00 pm kick-off and we suggest fans arrive with plenty of time to avoid delays.