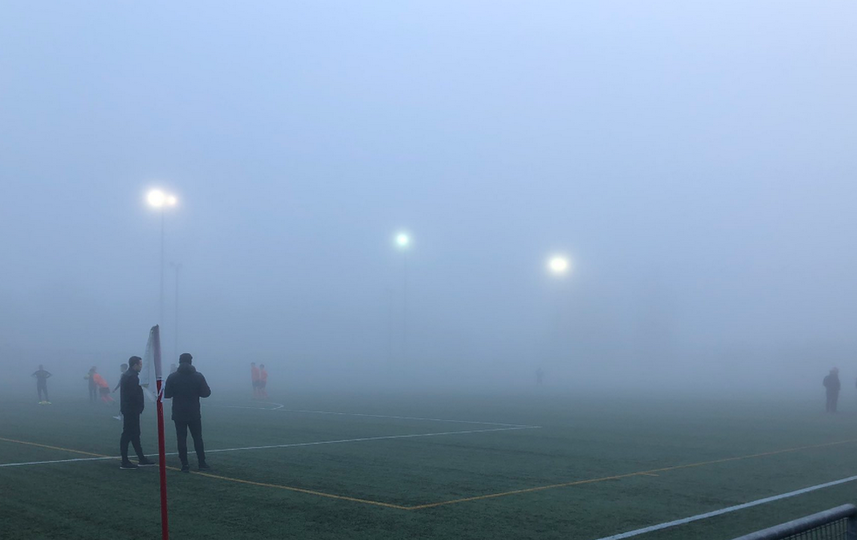 The Reserves were up at the crack of dawn to make the three hour journey to Dingwall for a 1pm kick-off, but it proved to be a wasted journey as the match was abandoned at half time due to thick fog.

With United trailing 2-0 at the break, the referee opted to not start the second half as the pitch had become engulfed in fog to severely impede visibility.

During the 45 minutes which were played, the County keeper had to be alert to keep Logan Chalmers at bay after he linked up well with Declan Glass outside the box before releasing a powerful shot on the 12th minute mark.

But in the 17th minute United were behind after Josh Black broke down the left wing and delivered a low cross into the box. James Wallace managed to get on the end of it and flicked the ball past Fraser Currid.

Seven minutes later an excellent block from Ross Graham prevented a County second as he managed to deflect Joel MacBeath’s shot over the bar from close range.

The resulting corner, however, would lead to the Staggies doubling their advantage. At the second attempt, Mark Gallagher floated deep cross to the back post and Jack Murray nodded home.

The young Reserves pushed to get a goal back before half time and were left bemused that a penalty wasn’t awarded for fouls on Darren Watson or Alassan Jones.

With seven minutes of the first half remaining, Jones rifled a powerful shot towards the top corner from 30 yards out. It looked destined to hit the back of the net but the County keeper produced an excellent save to deny him.

The decision on when the game will be restaged is still to be made.