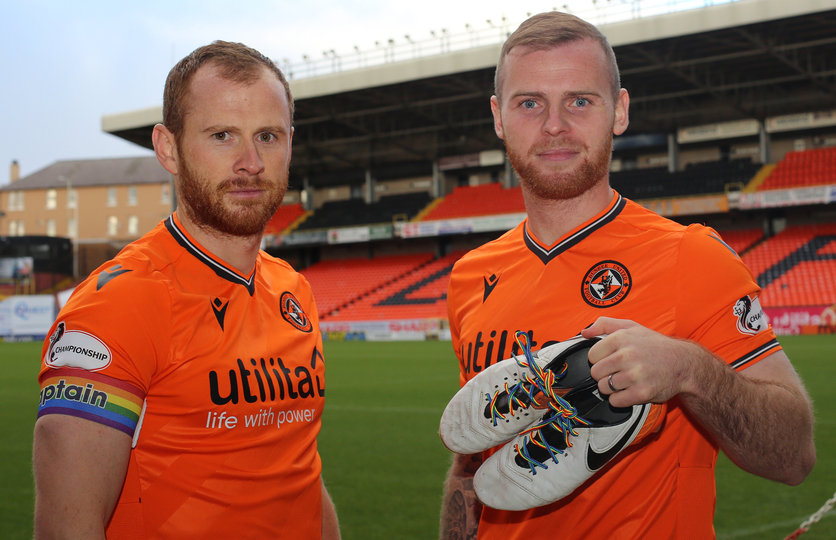 Dundee United and the SPFL are once again delighted to show our support for the Rainbow Laces campaign that runs until December 8, 2019.

Activities around the matchday to promote the campaign will take place at this weekend's SPFL matches.

Rainbow Laces is a campaign which aims to change attitudes in sport and make sure that LGBT people are welcomed and accepted at all levels of the game. The Rainbow Laces campaign has generated a tremendous amount of awareness of LGBT people in sport, shifting the attitudes of fans and participants. Last year, 12 million people in Britain saw the campaign, including almost half of all adults in Scotland.

Stonewall, the charity behind the campaign has developed a range of measures to tackle homophobia, biphobia and transphobia in sport. They have developed a sports toolkit for grassroots and community sports teams to build awareness and understanding of the issues affecting LGBT people, and how they can help ensure all sports offer an inclusive and welcoming atmosphere. Stonewall will work with all of the clubs involved in Rainbow Laces to support their activities.

Captain Mark Reynolds said: "We are delighted again to be part of this year's Rainbow Laces Campaign. This very important issue in society needs to be tackled.

"At Dundee United, we once again offer our support to the Rainbow Laces Week of Action for 2019 - and promote the vital message that sport is for all."

Whether we're cheering or competing, we are all at our best when we feel part of the team. But four in 10 LGBT people don't think sport is welcoming. Sport has an amazing power to bring people together. Following and taking part can give us community, energy and a sense of belonging.

That's why we all need to play our part and come out active this week. Let's make sport everyone's game. When you step up and play your part, others will follow. Challenge anti-LGBT language. Celebrate LGBT people in sport.