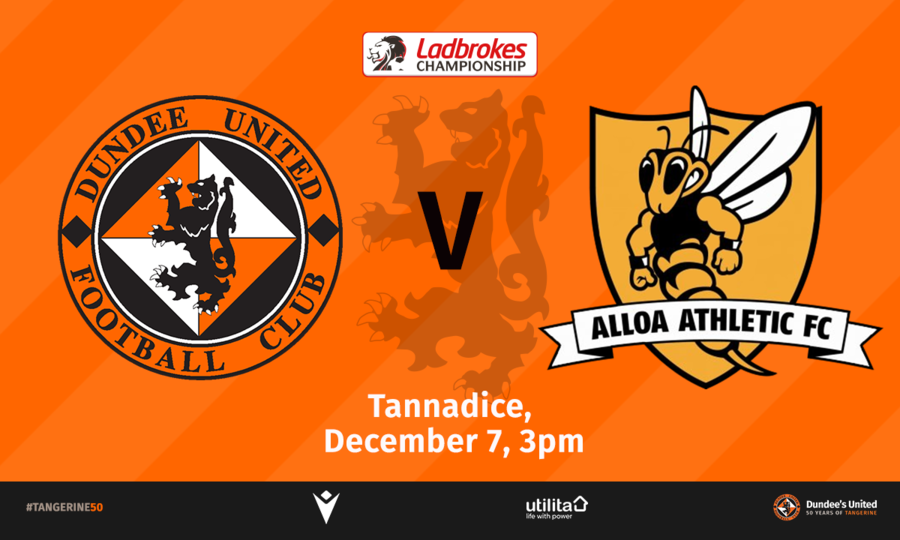 After the combination of Scottish Cup fixtures and a frozen pitch at Cappielow forced back-to-back weekends without football, the first team return to competitive action this Saturday when Alloa make the journey to Tannadice.

It will have been three weeks to the day since the victory over Queen of the South that stretched our lead at the top of the division to nine points, and while that gap has been cut ever so slightly we do have a game in hand which could re-establish it.

When the news came through the Morton match wasn't going ahead they were immediately in for a training session and earlier this week they took part in a bounce game at Falkirk to get some vital minutes in the legs.

All of this is with the view to building on our current run of fine form - five wins out of five - against Alloa this weekend although like every match in this league it will be a challenge.

Peter Grant's side might have walked away with the points in our last encounter down at the Indodrill Stadium, but this time around we have home advantage. Our 100 per cent league record at Tannadice this season remains intact and the boys would very much like to keep it that way. To do that they need another strong home support like we've had at every match so far this season.

Home fans should be advised there will be no cash gates or ticket booths in effect. Tickets can be purchased via the Tannadice Ticket Centre, by phone (01382 833166 option 1) or online.

Buying tickets ahead of matchday will also come at a discounted rate, with adult tickets reduced by £2 and concession tickets by £1. Fans with smartphones can buy online up to kick-off and scan at turnstiles in both the Eddie Thompson and George Fox stands.

On matchday, supporters with smartphones can also scan the QR codes situated around the peripheral as they approach the stadium to speed up their ticket purchase.

Supporters can also use our food app to order food to collect from the kiosk rather than queuing. For more details please visit here.