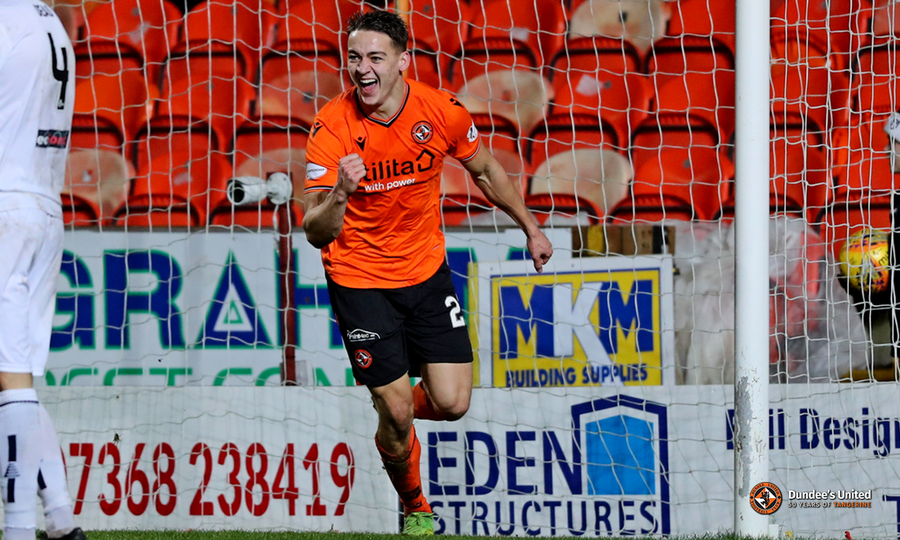 United came from behind today to secure yet another three points after a dominant performance against Alloa at Tannadice.

After dominating the first ten minutes, United fell behind to a fortuitous goal for the visitors. A cross from the right glanced off the head of Mark Reynolds and flashed past Benji Siegrist into the net.

The Tangerines continued to play with style and panache as they prodded away at the resolute Alloa defence. Just as it looked as if they would reach half-time, Nicky Clark drove home an equaliser that was the least United deserved from a 45 minutes that saw Jamie MacDonald pull off save after save in the Alloa goal. United's first-half performance was at times scintillating and time and again they caused the visitors problems - particularly down the right-hand side with Liam Smith and Paul McMullan outstanding.

The second half started with the visitors encouraged to come out. Despite the game following a similar pattern to the first half, United didn't create a clear chance until Ian Harkes produced a surging run down the right-hand side and slid the perfect delivery along the six-yard line. The cross was met by Louis Appéré who stroked the ball into the back of the net for the lead.

United continued to prod for an opening as the second half wore on and created plenty chances but again inspired defending and goalkeeping kept the visitors in the match. The closest United came to extending their lead was a tremendous run by Academy Graduate Jamie Robson that ended with the defender curling a right-footed effort off the inside of the Alloa left-hand post.

Alloa threatened on the odd occasion and with the atmosphere prone to change when a team holds a one-goal lead going into the final stages, they were never out of things but this was another dominant United performance and anther three vital points.

Man of the match: On a day when Louis Appéré scored and caused the defence all sorts of problems, it is harsh on him to go elsewhere with the award but Paul McMullan's continued explorations down the right-hand side tipped the decision in his favour.