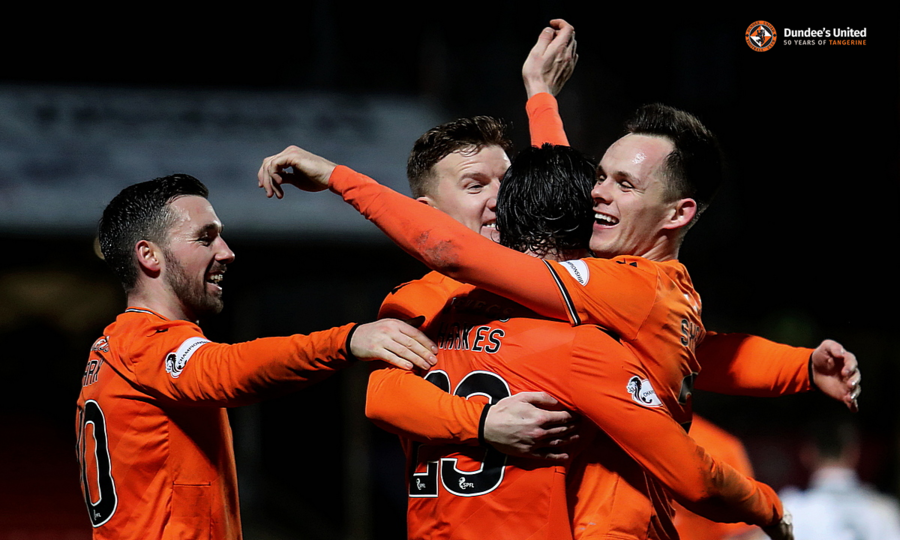 United secured a ninth win in a row after a Sam Stanton goal just before half time turned the game in United's favour with Ayr having made life difficult for the hosts early on. Lawrence Shankland scored a penalty soon after the break, the fall-out from which saw Mark Kerr handed a straight red card, and further goals from Nicky Clark and Ian Harkes put the shine on an excellent afternoon for the hosts.

The visitors made most of the early running however only a Stephen Kelly shot from outside the box which Benjamin Siegrist saved comfortably came from this initial spell of pressure. Siegrist was made to work harder in the 12th minute doing well to turn a curling shot from Daniel Harvie around the post. As a frustrating half for United wore on Robbie Neilson would have been keen to regroup for the second half, however his side then unexpectedly broke the deadlock on 42 minutes. A tactical change saw McMullan move to the left, and he pressured Ayr defender Steven Bell into giving up possession before driving on into the box. The winger waited for the run of Sam Stanton who poked home a low cross from close range beyond Ross Doohan. That made it three goals in four games for a midfielder enjoying a great run of form. 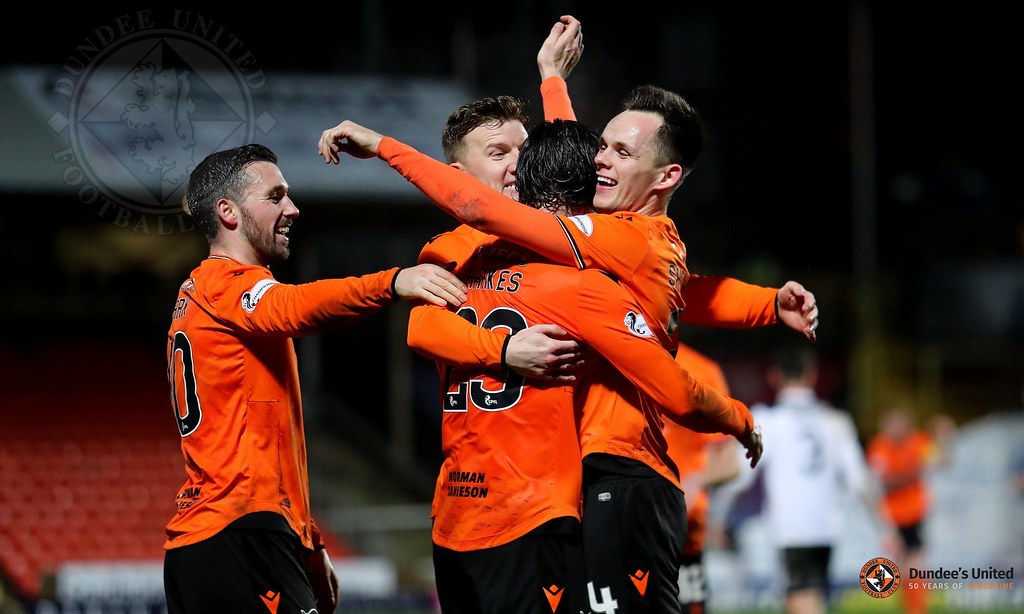 In contrast to the first half the hosts hit the front foot from the restart and increased their lead in the 57th minute. After an attack was abruptly ended when Kerr took Stanton’s feet from under him whilst in the act of shooting, referee Greg Aitken instantly awarded the penalty. Kerr then failed to keep his frustrations under control as he continued his vent towards the referee. This resulted in a red card for the player manager before Lawrence Shankland resumed the game by launching the penalty kick high into the top corner. Four minutes later the game was put beyond the visitors when McMullan neatly played in Shankland whose cut back to Nicky Clark was stroked first time into the net. With 15 minutes left sub Louis Appéré appeared to be pulled down from behind inside the box but this time Aitken waved away claims for a penalty. In the 81st minute Appéré turned and crossed for Shankland who glanced his header wide before the last goal of the afternoon arrived in the 87th minute. The excellent Stanton for the umpteenth time of the game hung out a leg to win possession before Ian Harkes took on a long range shot which found the bottom left corner.

Full Time Summary: After a tough opening 40 minutes with Ayr mostly on the front foot, Stanton’s opener just before half time proved the turning point as the hosts went on to run out comfortable winners. Today’s win was the ninth in a row across a full round of fixtures – at such a crucial stage in a notoriously tough league this is an achievement which deserves enormous credit. The hope is this will prove key when the league finishes in May however there is still a lot of work to do in the months ahead.

Man of the Match: Continuing his recent form, Sam Stanton put in another energetic performance, with his opener shortly before half time crucial after a difficult opening half, this before winning the penalty which ultimately allowed the hosts to put the game beyond Ayr.