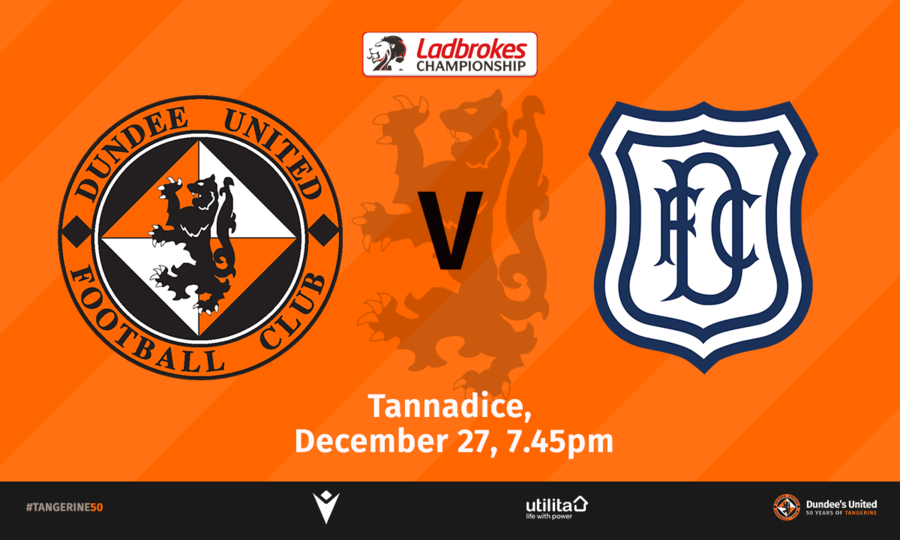 It's the most wonderful time of the year. No, not Christmas, the derby is back at Tannadice.

It's been less than 50 days since the last encounter with our neighbours at Dens Park when we ran out 2-0 winners to take our aggregate score over two games to 8-2. That match came midway through our recent run of nine consecutive wins and this Friday we're looking to make it ten in a row.

Last Saturday, we rounded out our second round of league fixtures with a 4-0 win over Ayr United, meaning we won every game in that quarter, conceding just two goals in the process. There were four different goalscorers for United at the weekend, with Sam Stanton, Lawrence Shankland and Nicky Clark keeping up their fine form in front of goal as Ian Harkes added his first goal since the derby on August 31.

Our opponents come into this match in a good vein of form themselves. Unbeaten in three matches, they've picked up seven points from the last nine available at the challenging venues of Gayfield and Firhill, as well as a tight 4-3 encounter with Dunfermline at Dens Park.

All this has Friday night set up to be a magical winters night at Tannadice.

This match is, once again, sold out but will be live on BT Sport 2. We want to thank all United supporters for their unwavering support.

Friday night is a 7:45pm kick-off and we looked forward to seeing another packed out Tannadice.