NEXT UP: PARTICK THISTLE (A) 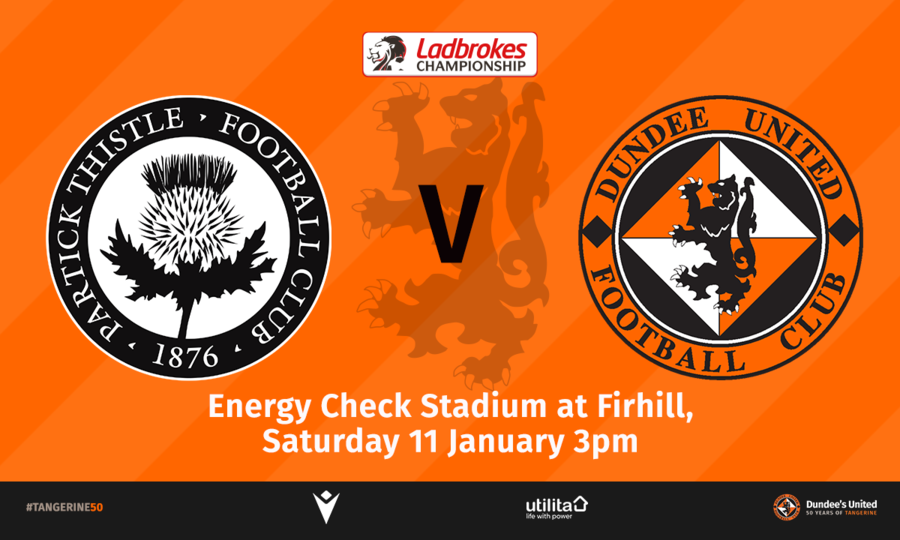 It was another memorable weekend of the season as our trip to Palmerston saw Mark Connolly's first goal in a Tangerine shirt keep our outstanding run of form going.

Questions were asked earlier in the season about our record away from home after some disappointing results on the road, but this unbeaten run of eleven matches has seen us take maximum points from five successive trips to opposition grounds, the first time we've achieved this feat in over 30 years. Now, we're looking to go one better and make it six away wins in a row this weekend when we travel to the Energy Check Stadium at Firhill.

The two meetings with Partick Thistle earlier in the season have both gone in our favour with Lawrence Shankland getting on the scoresheet in both matches while Peter Pawlett also scored the winner during our last trip to Glasgow in August.

It hasn't been the season any Thistle fan would have hoped for before the campaign started, but a managerial change has certainly seen an upturn in their fortunes. Ian McCall replaced Gary Caldwell at Firhill back in September and the former United boss has picked up 20 points since arriving that keeps the Jags within reach of a potential top-four finish.

All of this has the making for a fantastic match on Saturday and another large travelling Tangerine Army could make all the difference.

United fans can purchase their tickets for this match from the Tannadice Ticket Centre.

Partick have advised that, on the day of the game, there will also be two cash gates and one card gate in addition to the three ticket only turnstiles.

Prices are as follows:-

Please note ahead of Saturday's 3.00pm kick off there will be a minute's applause held in the memory of Thistle's majority shareholder Colin Weir who recently passed away after a battle with a short illness.