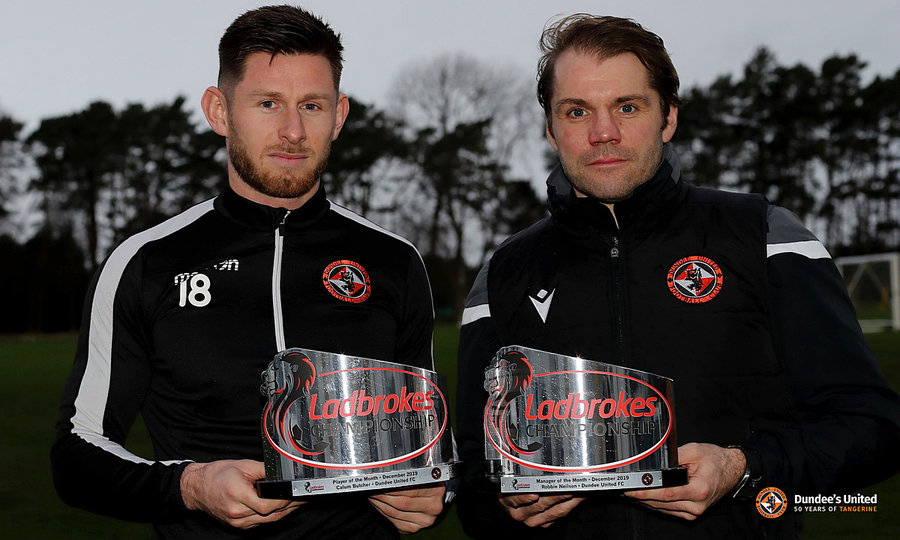 Dundee United are pleased to announce a double award win once again as both Robbie Neilson and Calum Butcher have secured the latest monthly awards in the Ladbrokes Championship.

Robbie Neilson has claimed his third Ladbrokes  Manager of the month award of the season with today’s news that he has claimed the December monthly award.

Midfielder Calum Butcher has claimed the Ladbrokes player of the month award also. This is the second time this season the Club has secured a double award after Lawrence Shankland joined Robbie in winning the August awards.

Under Robbie’s guidance, the Tangerines have moved 14 points clear in the Ladbrokes Championship and powered through December with four wins and a draw to cement their place at the top. Robbie has won a sensational 63.3% of his fixtures as United Head Coach.

Calum, who is enjoying his second period at the Club, recently signed a contract extension and is one of the first names on the team sheet on match days. His no-nonsense style of combative midfield steel has been one of the cornerstones of United’s success so far this season.

Congratulations to both from everyone at the Club.