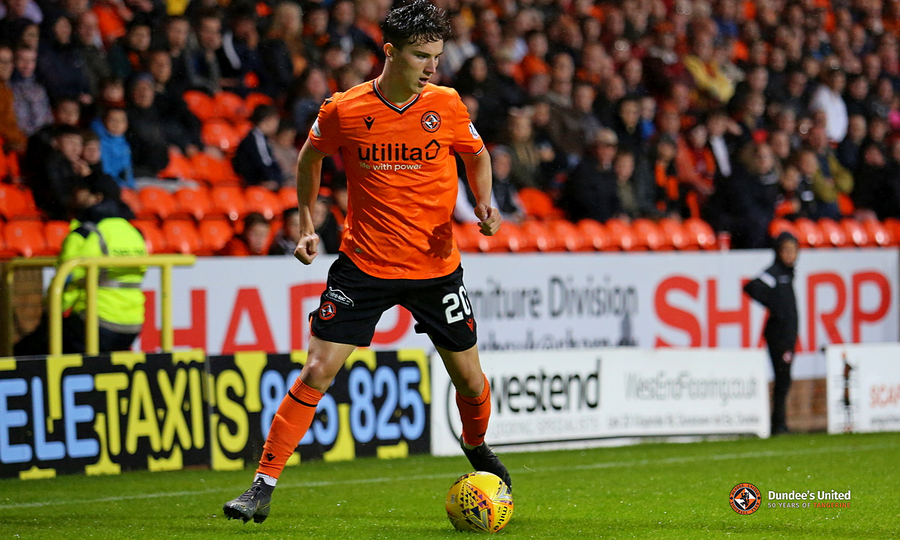 Attacker Logan Chalmers has joined Arbroath on loan until the end of the season.

Logan has played 16 times for the first team at United and scored three goals since making his debut in 2017. His most recent goal was on 28 September in a 6-0 win over Morton at Tannadice.

The 19-year-old will join Dick Campbell's Red Lichties and look to get some valuable game time in the remaining months of the season.

Head of Player Pathway and Loans Brian Grant said, "This is an excellent opportunity for Logan to go and get some game time at a good club.

"The important thing is that he will develop in a team who are doing well at Championship level and it will mean he comes back here ready to push for a first team place at Tannadice next season."