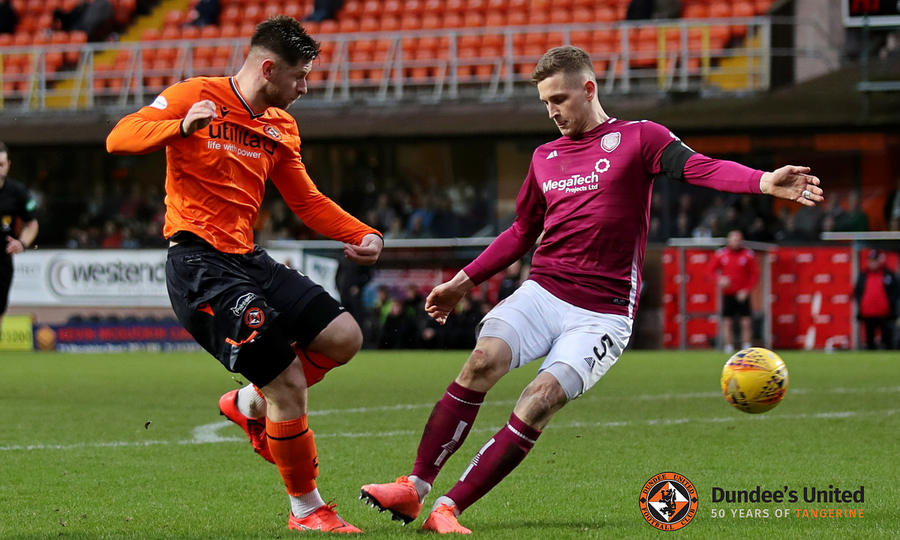 United’s unbeaten record at Tannadice comes to an end as Arbroath snatch a 1-0 victory against the Championship leaders.

United got back to league business after their Scottish Cup midweek exit to Hibernian with a visit from Arbroath. With the Tangerines sitting 18 points clear at the top of the Scottish Championship, albeit having played one game more than second placed Inverness, it was vital that United kept their focus on maintaining the gap and ensuring their unbeaten record at Tannadice this season continued.

The Red Lichties came to Tannadice sitting in sixth place in the Championship, just one point behind Dundee in fourth place in the all important play-off spot. Manager Dick Campbell’s side were last season’s Scottish League One winners and have settled well in the Championship, proving that last season was no fluke. However a positive early start to the season has been hampered with only two wins in their last ten.

The transfer deadline day finished at midnight and Arabs everywhere will have been delighted that 27 goal striker Lawrence is still in tangerine with the forward committing himself publicly to United earlier this week, stating that he wants to fire the Club back to the Premiership. United fans remember Shankland’s two late goals against Arbroath back in September last year, and were be hoping for more of the same today.

United manager Robbie Neilson made two changes to the team that started against Hibs, with Sow and Sporle stepping up from the bench. Harkes dropped down whilst Appéré missed out altogether. United had three Academy Graduates on the bench today with Glass, Mochrie and Neilson.

Dick Campbell made four changes to the Arbroath line-up that played Falkirk in midweek. Gold and Swankie come in whilst new signing Wighton, signed on loan from Hearts, also made the starting eleven along with Hilson who was cup tied for the Falkirk game on Tuesday night.  James Craigen, signed only last night from AFC Fylde on loan, made the bench.

First Half - United started brightly with Powers and Butcher seeing plenty of the ball in midfield in the opening exchanges. As expected from any Dick Campbell side, Arbroath were well organised and defending with a high line. The far side linesman was kept busy in the opening fifteen minutes due to United’s strikers being caught offside on a few occasions.

United were forced into an early change when Sow was injured in the seventeenth minute, going down awkwardly in the box with Academy Graduate Declan Glass taking his place.

United nearly went ahead in the twenty third minute. A good pass from Shankland found Pawlett in space on the left of the box. His well placed shot was just touched away by Gaston’s outstretched boot to keep the ball out.

Against the run of play Arbroath went ahead in the twenty fifth minute. A cross from the left was neatly tucked away by new signing Wighton. Reminiscent of last weekend against Morton, United would have to come from behind if they wanted to maintain their unbeaten home record.

United kept up the pressure but were being thwarted by the disciplined Arbroath defence. Glass came close to an equaliser in the thirty seventh minute when his well placed shot from twenty yards was finger tipped over the crossbar by Gaston.

The first half came to a close with the Gayfield side 1-0 ahead and leaving manager Robbie Neilson with plenty to think about in his half-time team talk. 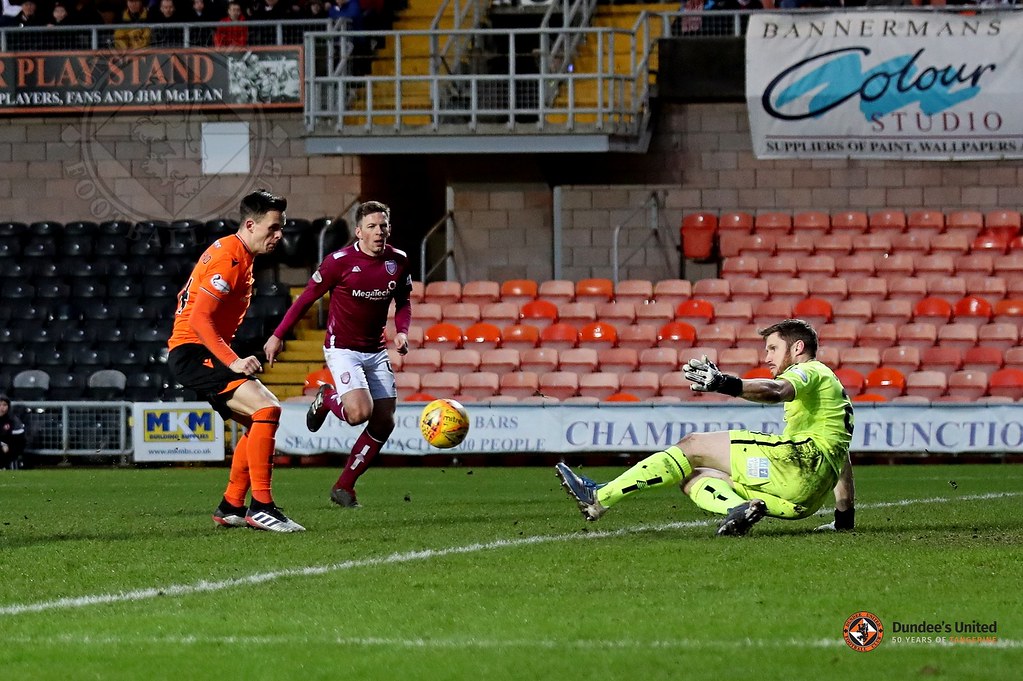 Second Half - United started the second half on the front foot and were unlucky not to equalise when a run and shot from Shankland flew over Gaston’s bar. Neilson’s half-time team talk had clearly called for more urgency in United’s play and that was apparent straight away.

In the fiftieth minute Pawlett’s cut inside from the right resulted in his shot going just over the bar.

United created more chances in the first five minutes of the second half than they had in the whole of the first half - they were now on the ascendancy and stringing the passes together. Pawlett and Smith down the right wing were the main instigators of United’s possession.

United were forced into their second change of the game when previous substitute Glass had to go off with a head cut in the sixty second minute with Harkes replacing him.

United huffed and puffed for the next twenty minutes as a succession of substitutes, free-kicks and injury stoppages continually halted play. The home side’s deliveries into the box were consistently thwarted by the Arbroath defence. In a rare glimpse on goal even the ever reliable Shankland managed to pull his shot wide with the goal at his mercy.

As referee Alan Muir blew for full-time it was to be one of those bad days at the office for United. Arbroath’s 1-0 victory ended United’s unbeaten run at Tannadice this season. It will have given manager Robbie Neilson plenty to think about as we enter the final third of the season in the race for the Championship.

Man of the Match - Liam Smith. Few standouts today but the right winger put in a power of work and deserved more for his efforts.