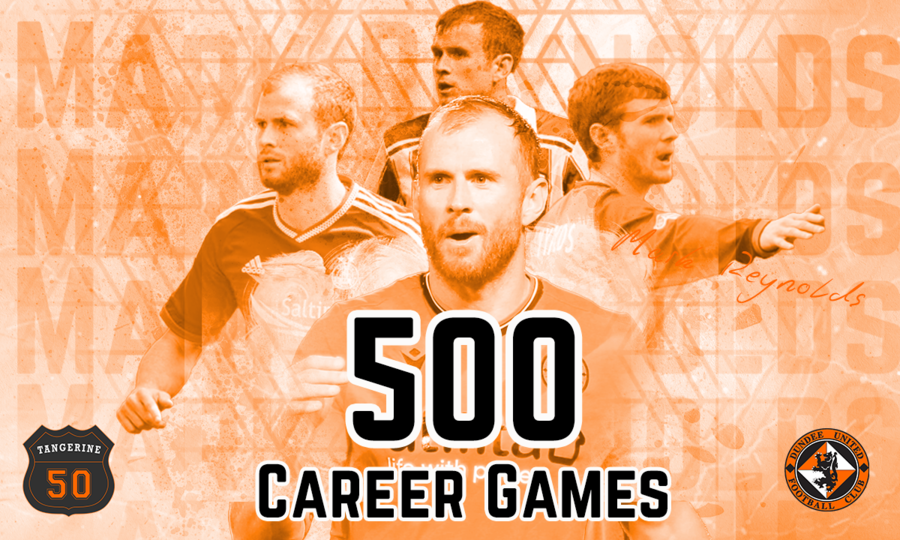 Friday night's fixture against Inverness CT was a special night with a 2-1 victory but it was all the more special for United captain Mark Reynolds as he made his 500th career appearance when he came on late in the game to help secure the victory.

The 32-year-old's stellar career has taken him across Scotland and England with Motherwell, Sheffield Wednesday and Aberdeen before arriving at Tannadice last January.

Reynolds began his career with the Steelmen, after graduating their academy, where he made over 200 appearances before moving south of the border to Wednesday in 2011.

He would return to Scotland a year later when he joined Aberdeen, initially on loan, before making the move permanent in January 2013. He would become a key component of Derek McInnes' defence and in March 2014, he would secure his first piece of silverware as he helped keep a clean sheet in the League Cup Final against Inverness with the Dons going on to win on penalties and claim their first trophy in 19 years.

Reynolds would also be involved in two Scotland camps. Just two months after his cup success, he was called up for a friendly against Nigeria alongside future United teammate Peter Pawlett, but both remained on the bench.

He would also be part of the squad who drew 2-2 with England at Hampden in the 2018 World Cup qualifiers, but again he only made the bench.

Following knee surgery in 2018, Reynolds would move to United on deadline day of the January 2019 transfer window until the end of the season and quickly struck up a solid partnership with Mark Connolly which has carried into the current campaign.

Reynolds would sign a pre-contract at Tannadice before the end of the season and was officially made captain in the summer having taken responsibility of the armband at times during his loan.

Over his 500 matches, the towering centre-back has scored 13 goals across domestic and European competitions.