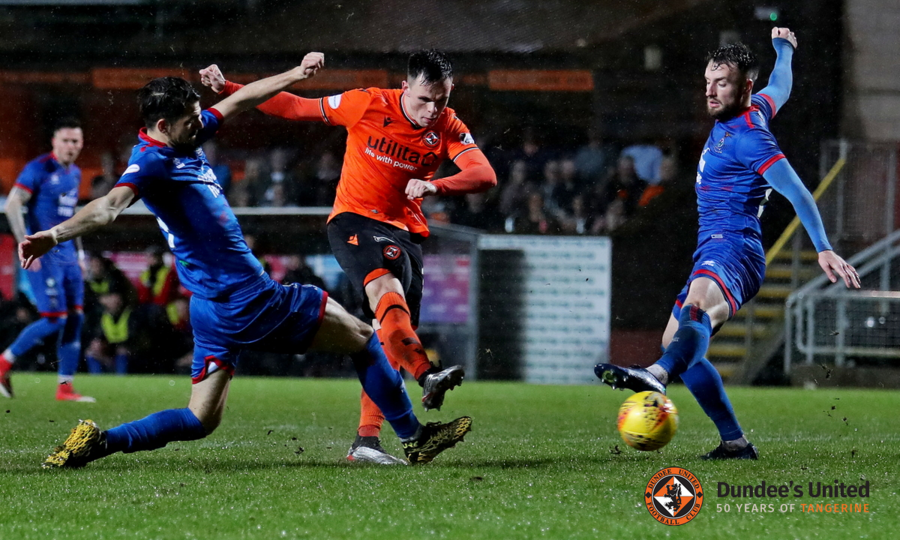 Robbie Neilson made one change to the starting line-up at a blustery and rainy Tannadice, bringing on Louis Appéré for Ian Harkes after last week's draw with Alloa.

First Half: United had the first chance of the game after some nice build-up play deep in Caley’s half. The ball eventually floated to Butcher in the penalty box who headed it down, but it was awkward for Shankland to get a good hit on and he skied it over the bar.

It only took United twelve minutes to get the ball in the back of the net after Bingham,making his home debut, crossed the ball low to Appéré, who drilled the ball, from inside the D, to the right of Caley’s keeper who struggled to get a hand on it.

Six minutes later, Keatings attempted to bring the game back to all square, but his effort from 20 yards out went straight over the bar.

United were close to doubling their advantage in the 17th minute from a corner, however Connolly headed the ball over the cross bar.

It was another corner, this time at the other end of the pitch, that led to Caley’s equaliser. Jordan White headed the ball from the middle of the box direct from Keatings’s hit from the corner flag.

United came agonisingly close to ending the first half on top, after Shankland attempted to back heel the ball into the goal, however the Caley keeper was in the right place at the right time and smothered the ball in his hands. 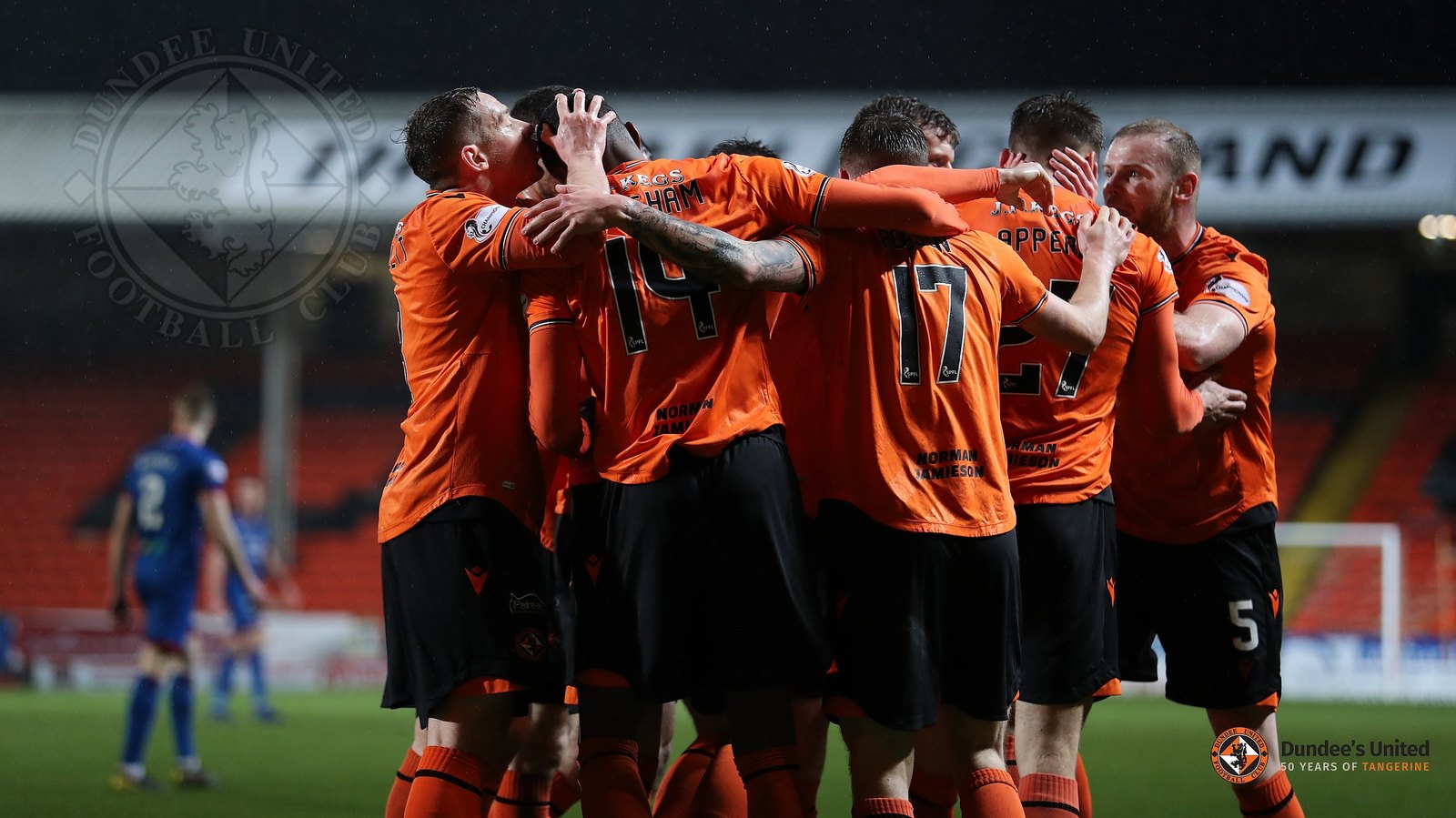 Second Half: Butcher received United’s first yellow card of the game after a rash tackle on Vincent just outside the box. The free kick came to nothing after a little scramble in the box.

Bingham bagged his second assist of the game in the 58th minute, whilst Shankland scored his 28th goal of the season, turning past three of Caley’s defence from inside the box.

After going ahead for the second time in the game, United continued to play more positively, adding more pace and pressing the ball further up the pitch. Appéré came close to scoring his second goal of the game after being assisted by Shankland, however, a mishit ball struggled to make its way into the goal.

Inverness remained persistent as the end of the match approached, with them coming close a couple of times in the dying minutes of the game. Their captain Carl Tremarco had the home fans on the edge of their seats as he fired the ball into the side netting in the 90th minute. But, in the end, the home fans had nothing to worry about as United claimed all three points.

Summary:  United had the edge in a tightly fought contest at a wet and windy evening under the floodlights at Tannadice.

Man of the Match: Rakish Bingham had an excellent home debut assisting both Appéré and Shankland.