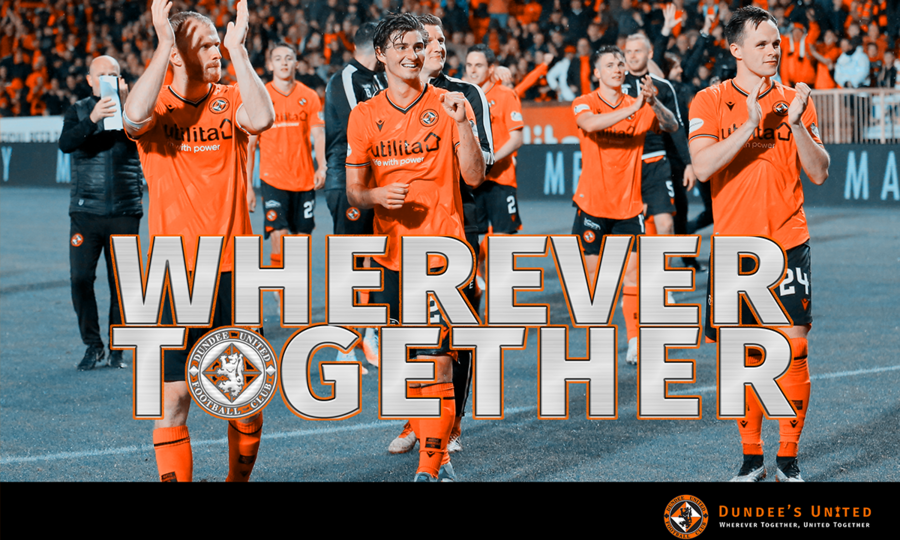 Dundee United are delighted to confirm that online Club TV access to DUFC home matches will now be available as part of its 2020/21 season ticket package, as a free add-on.

Yesterday it was announced that the SPFL and Sky had agreed a deal to allow clubs to sell season tickets that include a virtual element while social distancing rules apply. We appreciate Sky’s constructive and helpful approach to securing this excellent deal which comes at a time when we are redeveloping our Club TV platform to facilitate high quality streaming of both VOD and live action.

The agreement means that buying a season ticket is the only guaranteed way to see all home games from Tannadice as the Terrors return to the Premiership and includes the ability to view live games at the same time as they are broadcast on Sky for those who don’t have a Sky subscription.

Home league games played behind closed doors will be available to adult* season ticket holders as part of the season ticket package, including those who have already purchased for the season ahead. Please note that the SPFL and Sky have imposed an effective cap on the number of virtual season tickets that the Club can sell to supporters. We will advise supporters immediately once the cap has been exhausted.

Significantly, buying your season ticket will also ensure that you are prioritised for attending every home league game where restrictions are placed on spectator numbers due to social distancing regulations.

We appreciate the difficulties supporters and the wider community are currently experiencing and we want to reassure our fans who have reservations about committing to a season ticket during such uncertainty. Therefore, Dundee United pledge that if three or more home games are held behind closed doors during Season 2020/21, those who purchase a season ticket they will receive a credit equivalent to 1/19th of their season ticket price for each match missed from the third match that can then be put towards either the overall cost of a season ticket or match tickets for the 2021/22 season.

Further to this, fans can renew or buy their season ticket using our six-month payment plan option that allows you to spread the cost over six payments.

More details of the virtual element of the season ticket will emerge in due course as the discussions with Sky develop but buying a season ticket ensures you see every minute of league action from Tannadice this season as well as helping support the strengthing of the squad as we look forward to Premiership football for the first time since 2016.

Our early bird deadline runs until Sunday, June 14 and you can buy a season ticket online 24/7, either by card or by payment plan, here.