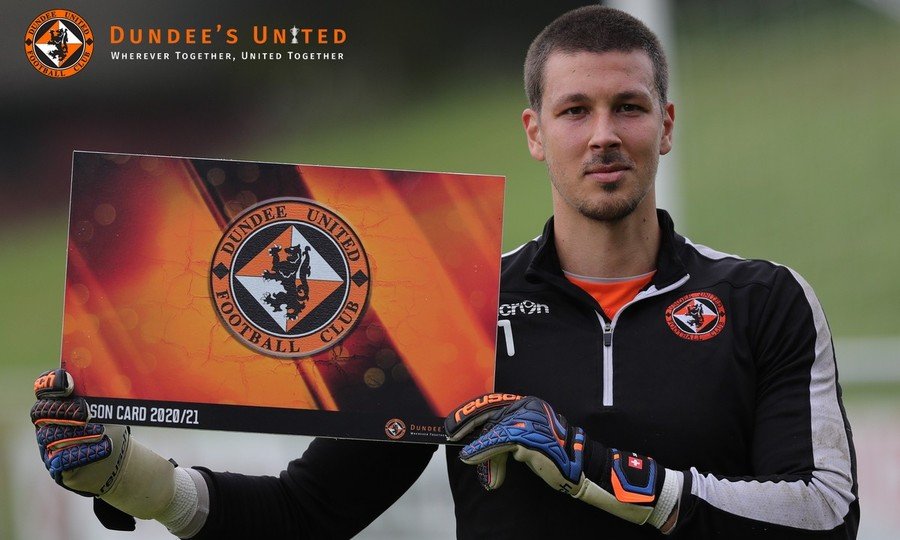 With the Early Bird deadline for the 2020/21 Season Ticket now officially closed, Dundee United Football Club would like to thank every one of you that has committed themselves to our return to the Premiership.

At a time of great uncertainty surrounding when fans will be allowed back into stadiums, over 5000 Arabs have not only confirmed their seat at Tannadice this season but also significantly backed the Club which will support Head Coach Robbie Neilson in leading the team into the Premiership season.

Don’t worry if you are still to purchase your season ticket as general sale is now available for new customers. If you were a season ticket holder last year and are still to renew for our return to the Premiership further links will be provided later in the week.

Being a season ticket holder is the only way to guarantee you see every match at Tannadice this season. You'll enjoy the added benefit of free access to Club TV to watch every home match played behind closed doors, as well as being given priority for attending matches at Tannadice when crowds are allowed back into stadiums, but that is not all.

Starting this week, we’re going to have four weeks of raffles with three prizes to be won in each – and the only way to enter is to purchase a season ticket.

Each of the 5000 plus supporters who have already confirmed their place in the top flight is eligible, as well as anyone who signs up Saturday to Thursday each week.

- Two hospitality tickets to a match against either Celtic or Rangers

- Go along to training at the High Performance Centre at the University of St Andrews, hosted by a member of our leadership group, along with a photo opportunity and a signed t-shirt

- Your season ticket money back

This campaign will run for the next four weeks, so if you want to ensure your place in the Premiership and have the chance of winning one of these extraordinary prizes then sign up now either by card or by payment plan here.

Fans can renew or purchase their season ticket using our easy payment plan option that allows you to spread the cost over six payments.

Buying a season ticket is already a huge commitment and, with the future still uncertain, we appreciate some would have reservations about making such a pledge.

Therefore, Dundee United ensure that if three or more home games are held behind closed doors during season 2020/21, those who purchased a season ticket will receive a credit equivalent to 1/19th of their season ticket price for each match missed from the third match that can then be put towards either the overall cost of a season ticket or match tickets for the 2021/22 season.