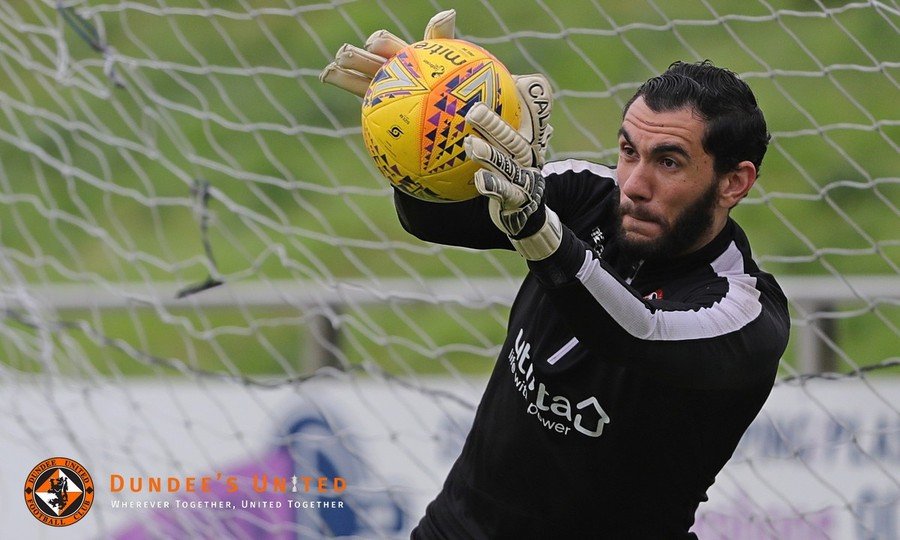 Dundee United Football Club is delighted to announce that Deniz Mehmet has extended his contract until the end of the 2022 season.

Having come through the youth ranks at both Arsenal and Manchester United, the Turkish goalkeeper arrived at Tannadice in July 2017. He would claim the first-choice position later in the season taking his appearance total to 13 for the campaign with seven clean sheets, but his time would be cut short after sustaining a cruciate ligament injury in the play-off quarter-finals win over Dunfermline.

Deniz would sign for Queen of the South in March 2019 in order to prove his fitness after missing the first half of the season with the ligament injury. Having done exactly that, he returned to United last summer to provide competition for Benjamin Siegrist.

Given how Benji raised his performances this season that competition proved fruitful and the Club looks forward to seeing that progress continue as we return to the Premiership.

Deniz said: "It’s nice to extend my stay at a club that I want to be at. I still had a year on my contract so to renew it is a great feeling. This is the place I want to be regardless of what’s going on at the moment, but it is nice that despite everything I’ve been offered that. It’s nice to have that security now and move on from there.

"It’s been a brilliant 12 to 18 months at Dundee United which has seen big changes at the Club. To become Champions in the manner that we did it was a big statement, not just from the boys on the pitch but from everyone in the background as well. It’s somewhere that I’ve always enjoyed being, I get on with everyone in the team, all the staff and all the ongoing support from the fans means it’s a great place to be.

"I’ve sampled the number one spot before and I really enjoyed that position and the aim has always been to get it back. Even when I left the Club to prove my fitness, it was so I could come back and fight for the spot to try and get back into it. Obviously last year was limited but given how the team was performing, leading from start to finish, it was always going to be hard to break into. So, it’s just a matter of biding my time and waiting for a chance to arise."

Goalkeeping Coach Neil Alexander said: "I'm delighted that Deniz has agreed a new contract, he’s a pleasure to work with and his hard work on the training pitch has made him a great role model for the young goalkeepers who train with the first team. Benjamin and Deniz have a great working relationship and they push each other very hard in training which is great for the competition for the first team jersey."