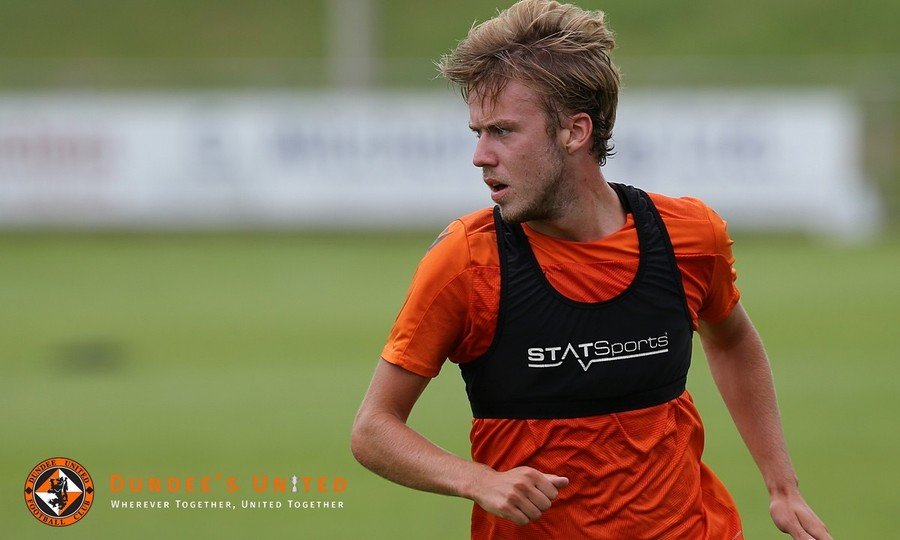 Dundee United Football Club is delighted to announce that Academy Graduate Kieran Freeman has extended his contract until the end of the 2022 season.

The 20-year-old returned to Tannadice in January after a three-year spell at Southampton, initially signing a six-month contract. During that time, he made a number of appearances on the first-team bench and for the Reserve squad in which his strong performances impressed the coaching staff enough for them to extend his stay at the Club.

Kieran, a hot prospect from Our Academy who has been capped at Under-16 and Under-17 for Scotland, made the move down south in 2016 having also been linked with Manchester United. But a long-term knee injury curtailed his time on the south coast and he returned to Scotland to rediscover the form of his early days which he did swiftly.

The defender will provide competition to first team right-back Liam Smith as we make our return to the Premiership.

Kieran said: "I just feel happy that we’ve managed to get it over the line. It was always in my mind that I would like to stay. I always had a feeling that I would be offered something but you never know with all the external circumstances. It’s been a great six months since I returned to the Club. I got to play more games in that time than I had in the last three years so it was ideal for me. Now I’m on a clean slate with everyone else so I can try and push into that first team.

"After two big injuries I’m back to my best now, I never really feel my knees anymore. I sort of forget that I had ever done them, hopefully, that’s me used them all up. I worked hard during the offseason so I feel fit now that we’re back in pre-season. The first few days have been tough but it’s still enjoyable.

"Hopefully I can now rediscover my form with this new contract and break into the first team. I don’t want to be sat on a bench anymore. I’m going to work as hard as possible in training and break into that starting spot.

"I had a few months of training alongside Liam and you both know you’re fighting for the same spot which has only improved us. We know we’ve got to train hard each day because if not the other one will be in the squad on the matchday. I know I wasn’t able to do that last season, especially with the season being cut short, but I’ll be pushing even harder to make it next season."

Assistant Head Coach Gordon Forrest said: "We are delighted that Kieran has agreed his contract extension. It’s been fantastic having him back at the club. Kieran has a great attitude and energy for the game and is a young player that is keen to learn and develop every day he comes into training. He is already looking very fit and sharp even in the early stages of pre-season and we are looking forward to seeing how he progresses now at the club."