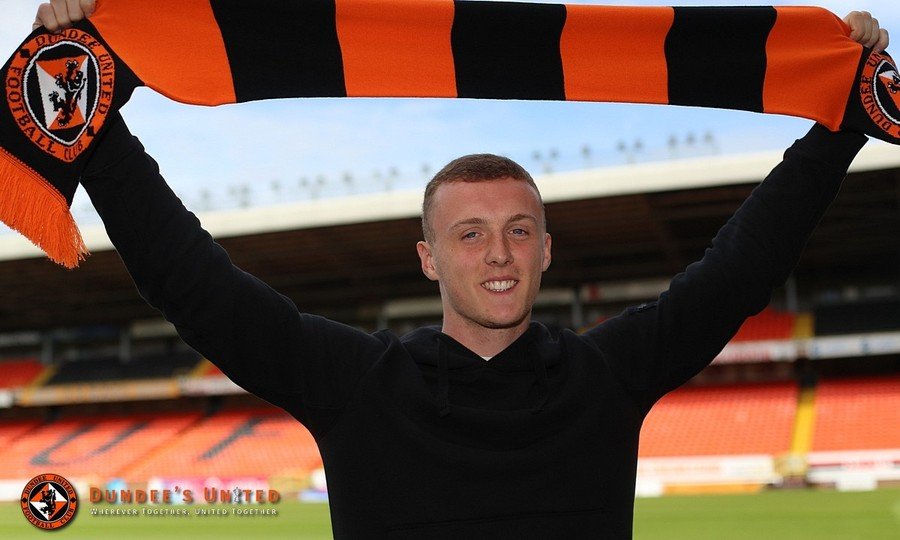 Dundee United Football Club are delighted to announce the arrival of Scotland Under-18 international Jack Newman.

The 19-year-old has penned a two-year contract at Tannadice after leaving Sunderland at the expiration of his contract.

Coming through the academy at the Stadium of Light, the 6’2’’ stopper arrives with bags of potential to develop into one of the top goalkeepers in the country by learning under experienced goalkeepers Benji Siegrist and Deniz Mehmet and playing regular football for the Reserve squad this season.

Head of Player Pathway and Loans Brian Grant: “Jack is a young goalkeeper who has spent most of his development at Sunderland, so we’re thrilled that he has decided to take a new pathway and return to Scotland to Dundee United. He’s got a number of standout attributes, good size, good height and a Scottish internationalist at Under-18s level. We’re looking forward to working with him and giving him the opportunity to progress here over the next two years.”

Jack said: “I’m delighted to be here and can’t wait to get started. I got told before we broke up for lockdown that I wouldn’t be staying on at Sunderland, but within a couple of days Dundee United came forward and were really keen to bring me in. It’s clear there are people here who care about the Club and the players and that drew me here straight away.

“I’d say my main strength is my consistency - I like to think of myself as an all-round keeper. I feel comfortable with the ball at my feet and in my hands. I want to get my name out there and make an impact on the lads here and get some involvement in the first team. Hopefully if I do well I’ll be able to get some game time.

“You only have to look at the names who have come through at Dundee United to realise how promising the Academy is moving forward. I’m excited to work alongside Benji and Deniz, the pair of them have great backgrounds especially from down south and to learn under Neil Alexander. I’ve known about Neil for years so as soon as I heard his name come up it was another factor in bring me here.

“Since I’ve arrived everyone has been super welcoming, it’s like they’ve known me forever. That’s really nice because sometimes when you’re the new guy coming in it can be intimidating, especially when there are guys who’ve played hundreds of games and got so much experience and I’ve not played a single game but everyone has been so good to me."

Goalkeeping Coach Neil Alexander: “I’m absolutely delighted to get Jack to Dundee United as he is a very good young Scotland U18’s goalkeeper with loads of potential who I’m looking forward to working with over the next few years and, hopefully, a future number one of the club.”