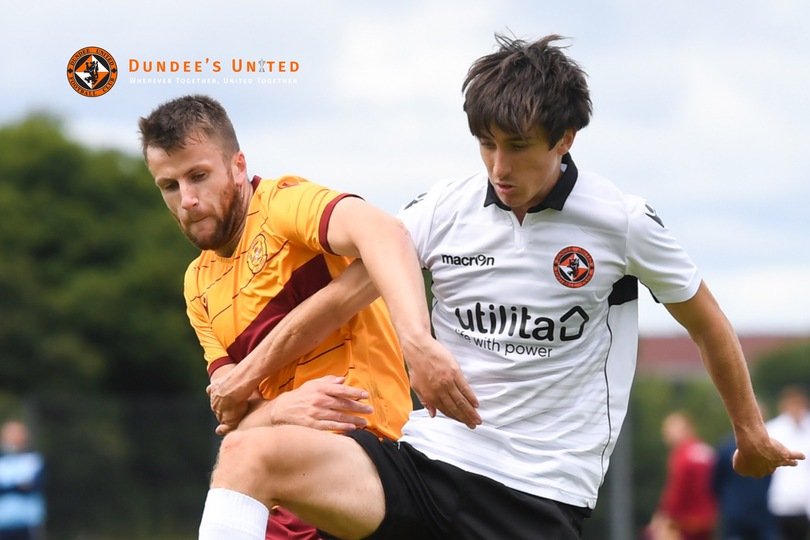 United visited Dalziel Park for a closed door friendly against hosts Motherwell earlier on Saturday as Micky Mellon got the opportunity to see his players in competitive action for the first time.

The Gaffer used the match to allow most of the playing squad to get 45 minute into the legs in a game that saw Nicky Clark return to action for the first time since January.

In a first half that warmed up as it progressed United had the best opportunity with Kai Fotheringham's back post effort hitting the inside of the post and Cammy Smith just missing out on the rebound.

The second half started with ten outfield changes with only goalkeeper Deniz retaining
his place. United lined up with the following team:

The home side scored the only goal around the hour mark as Robinson cut in from the right and delivered an effort that crashed back off the underside of the bar and landed at the feet of White who slid it home.

United's best effort of the second half saw Appere played through the left hand channel but his effort took a slight deflection and slid past Carson's upright.

Manager Micky Mellon was pleased with the run out saying: "It was a good run out with no injuries and we got an idea of where we can work moving forward as individuals and a group.

"To go up against a strong Premiership team and perform like we did was pleasing.

"We will go onto the training field next week and work on the little things we can improve on with a view to building towards the start of the league campaign."

United's movement and intensity throughout was pleasing on the eye and they will now look to continue building up both match fitness and sharpness ahead of August 1 when they host St Johnstone in the Premiership opener.