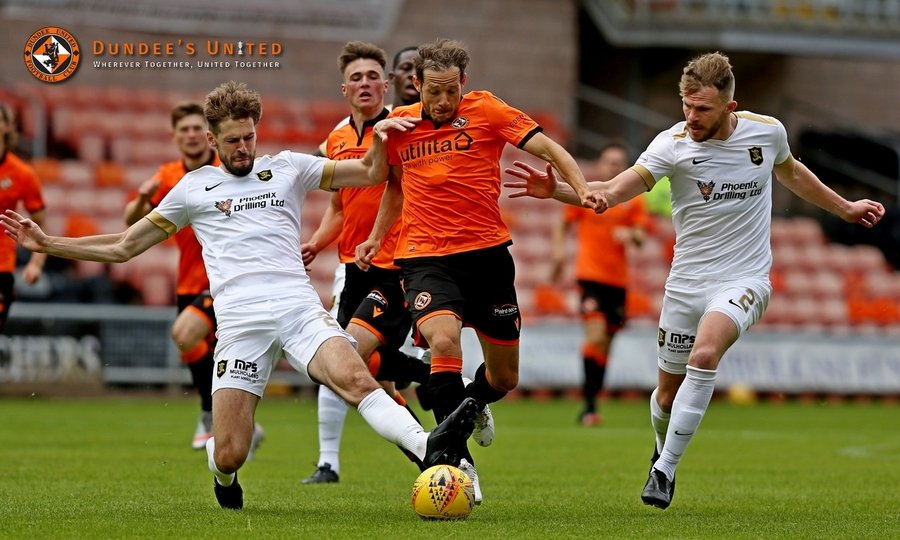 United took on Livingston in a closed-door friendly at Tannadice today as the build-up to the start of the Premiership campaign continued. The match finished goalless despite both teams creating opportunities in the entertaining encounter.

In a competitive and hard-fought encounter played in energy-sapping heat, Manager Micky Mellon was delighted with the work-out that again saw 21 players get game time.

Chances were limited in an evenly-contested and competitive first half that saw three players leave the field for treatment for blood injuries following head knocks; with United’s Connolly missing around eight minutes of action after going inside to get his treatment sorted. United’s best effort of the first half came from a Shankland shot from an acute angle that hit the side netting on the wrong side of the post which left the Livi goalkeeper struggling. The striker had created the opportunity with a lovely chest down out wide from a 50-yard find from Connolly that took him beyond Ambrose and into the Livi area. 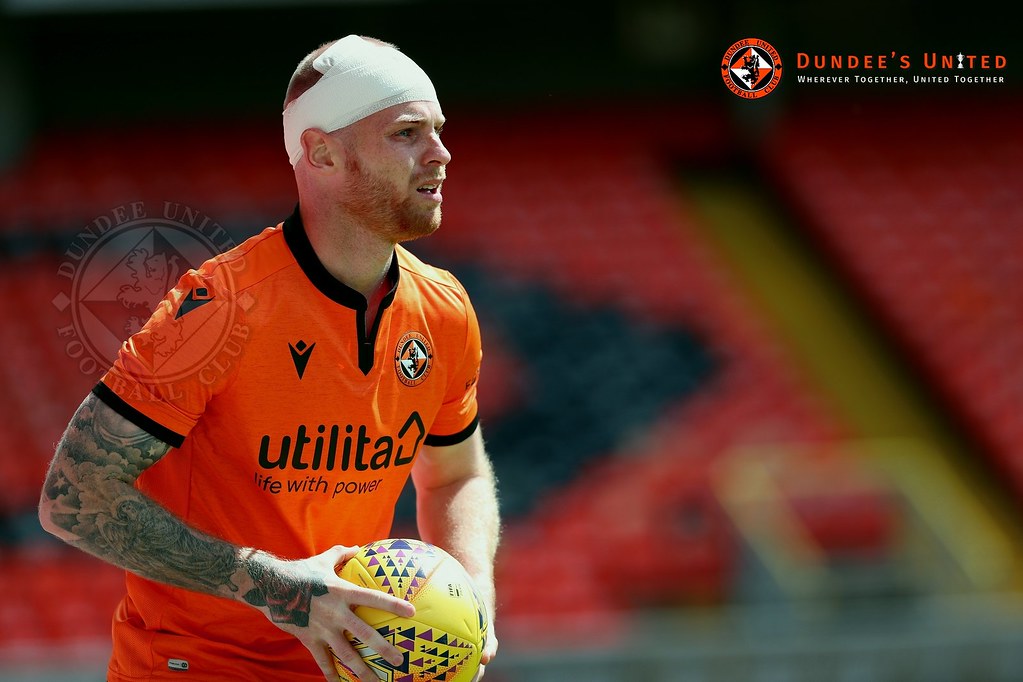 The second half started with Powers, Sporle, and Cammy Smith replacing Butcher, Shankland and Glass as United changed shape.

Pawlett created the best chance of the match when he burst away from the Livi defence in midfield and drove towards the box. As he entered the box he drew the keeper before sliding the ball square to the charging Robson. The defender couldn’t quite reach the pass and his effort slid wide of the open goal.

Around the 65 minute mark, United made multiple substitutions with Davidson, Freeman, Graham, King, Chalmers, Fotheringham and Clark coming on to replace those who had started the game in outfield roles.

Shortly after, great work by Fotheringham saw him win the ball in midfield and then set Cammy Smith free down the left-hand channel inside the area. His effort slid past the goalkeeper and agonisingly past the far upright.

As the game became more stretched near the end, Chalmers almost won it for United with a curling effort from just outside the box following good link-up between Freeman and Clark.

After the match, the Gaffer said: "I was pleased with the effort against a strong, physical team. We will get better at certain things but we probably had the better chances in what was a keenly contested game and a valuable run-out.

"The player handled the change of shape at half-time and we will continue to improve ahead of the start of the season. There is no injuries from today and we now look to build  up over the next few games."