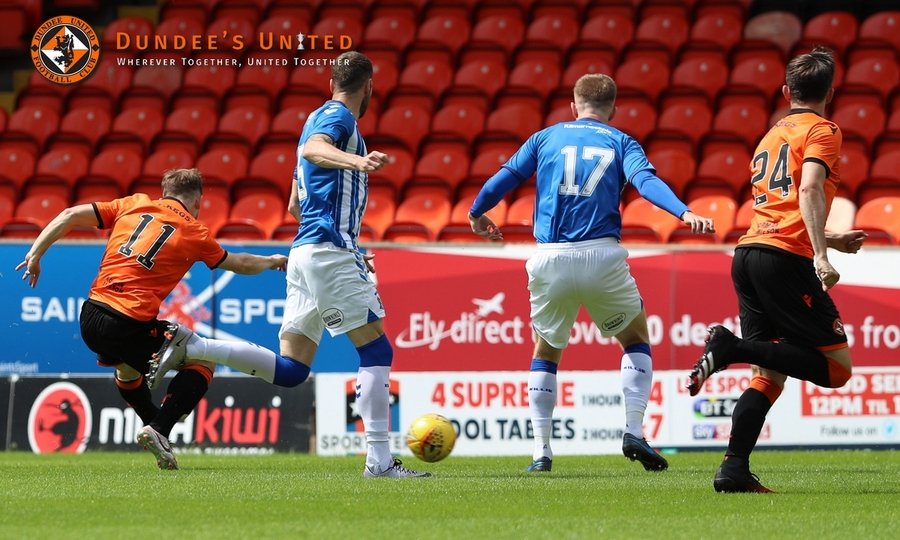 United continued the build up to next week’s Premiership opener with a 1-1 draw in the final scheduled closed door friendly versus Kilmarnock at Tannadice. Cammy Smith scored the United goal in an entertaining and high tempo fixture.

The starting line-up for the final pre season game ahead of the Premiership campaign commencing next Saturday featured two of Our Academy graduates as Micky Mellon sent out the following starting team:-

United started in fantastic fashion and a high press from kick-off caused the Kilmarnock trialist goalkeeper to mishit a clearance direct to Shankland. The striker found Cammy Smith on the edge of the area and he drove into the box before sliding the ball beyond the goalkeeper into the net with less than a minute played.

United continued to look dangerous as the half wore on and Connolly threatened the visitors' goal from a corner midway through the first half.

Siegrist was called into action in 27 minutes when Burke tried to fool the United number one with a driven effort from a free-kick when everyone was expecting a backpost delivery. The stopper flung himself across goal and palmed away the goal-bound effort high to his left. 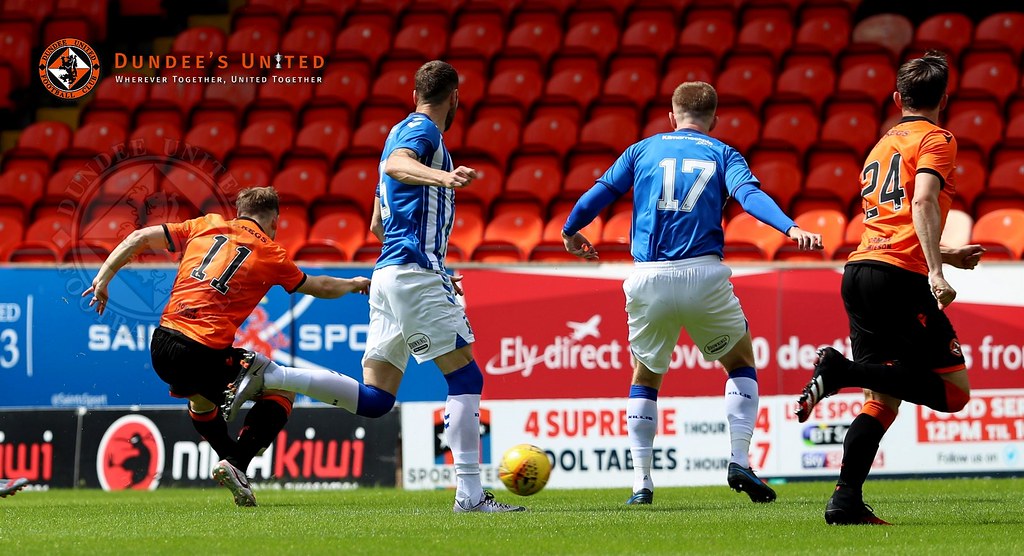 As the half wore on, United continued to threaten the Kilmarnock penalty area with the combination through midfield into striker showing to be particularly slick on several occasions. Just before the 40-minute mark, it was almost two for United as Pawlett made his way through on goal but his effort was smothered at source by the goalkeeper.

United started the second half with Deniz replacing Siegrist in goal but within a minute Kilmarnock equalised. From a wide area throw-in, Kabamba cleverly flicked the ball back into the path of Kiltie who drove an effort beyond Deniz and in off the despairing leg of Butcher.

Moments later, Deniz made a great save as Kilmarnock threatened the United goal again.

Just before the hour, Our Academy graduates Declan Glass and Louis Appere came on to replace Mochrie and Cammy Smith. King then replaced Powers in 70 minutes as United freshened up the midfield. Another of Our Academy graduates Lewis Neilson came on with fifteen minutes to go to replace Pawlett as the United gaffer tinkered with the team shape and personnel.

As the second half wore on it remained a competitive game but clear chances were few and far between for both sides in the scorching Saturday sunshine. Declan Glass had United's best effort of the second half when he twisted away from a defender on the edge of the area and curled a left-foot shot just over the crossbar as the game passed the 85th minute.

As the final whistle signalled the end of pre-season friendlies, all eyes now turn to the Premiership opener against St Johnstone next Saturday at Tannadice.