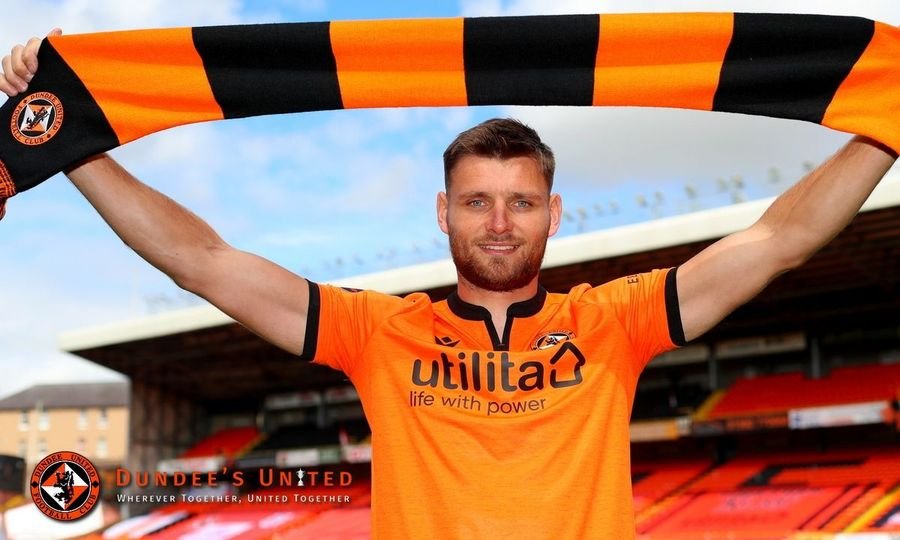 The 6ft 5in centre-half has been on manager Micky Mellon's radar for many years now and the gaffer is delighted to finally now be working alongside him here at Tannadice.

Coming through the academy at Blackburn, 26-year-old Ryan captained the squad which made the final of the FA Youth Cup in 2012 and had loan spells at Rochdale and Fleetwood before joining Morecambe in 2014.

He would make over 120 appearances for the Shrimps before departing for Plymouth Argyle where he played under Scotsman Derek Adams for two seasons scoring eight goals.

Ryan's latest venture was in League One with Blackpool where he came up against Micky Mellon's Tranmere Rovers, but he's now opted to move north of the border and pull on the Tangerine.

"As soon as I spoke to the gaffer and to Tony Asghar I knew I wanted to come up to the Scottish Premiership and I'm finally glad to part of Dundee United's rebuild in the Premiership," said Ryan.

"I don't like to say I'm this or that, the fans will hopefully make that call themselves. I like everything and as footballer's we need to do all sides of the game."

Manager Micky Mellon added: "I'm delighted to finally get Ryan in the door. We need a strong squad and I believe we need that type of player that Ryan is. He will come in and add to what we already have so pleased to have him on board."