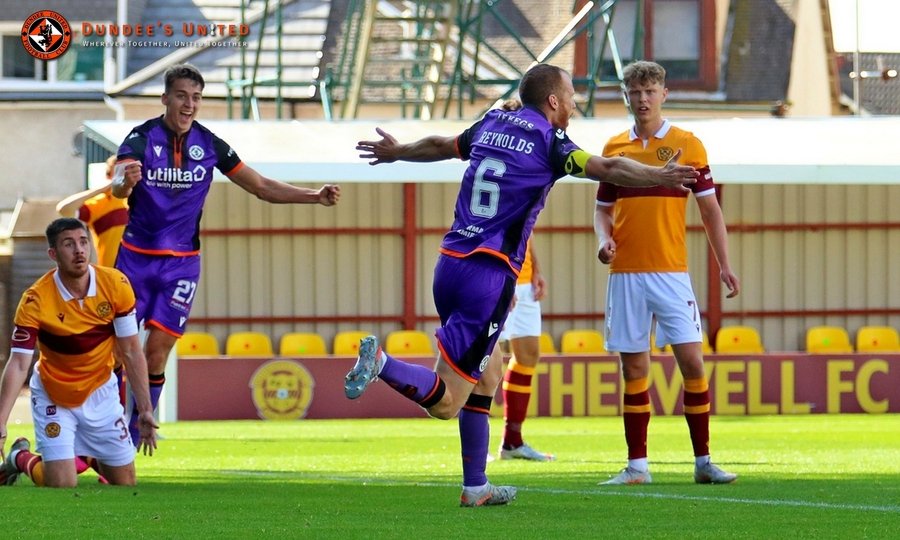 United secured an excellent three points at Fir Park today courtesy of Mark Reynolds’s first goal for the Club. The skipper was on the end of a teasing Luke Bolton cross to hammer home a 52nd-minute goal. United were more than deserved winners in the end and were unlucky not to win by more as confidence flowed through their football after the opener.

The Terrors started with three Academy graduates on the park in Jamie Robson, Louis Appéré and Logan Chalmers as Micky Mellon’s charges took to the field in the new purple away kit. The pre match chat in the media area centred around the non-appearance of Lawrence Shankland who missed the game with a slight ankle injury but the Terrors showed exactly why they were Champions with an emphatic performance.

Although the home side had most of the early possession, it was United who created the chance of the first half. Good build up play featuring Louis Appéré and the driving Ian Harkes saw the American feed the ball to flying winger Luke Bolton. The on-loan Man City youngster burst into the box before unleashing a drive that beat Carson in the Motherwell goal but unfortunately hit the side netting.

United’s youthful attacking flourish continued to cause problems for the Motherwell defence but in truth the 0-0 scoreline was a fair reflection of the first half in which both teams would liked to have threatened more.

From the whistle to restart the second half, United were on the front foot and taking the game to their experienced opponents and, when the opening goal came in 52 minutes, it was no less than they deserved.

The goal itself – Reynolds’s first goal in almost three years - was worth the wait as Luke Bolton’s dangerous teasing ball across the six-yard line was emphatically swept high into the net by Reynolds at the back post. 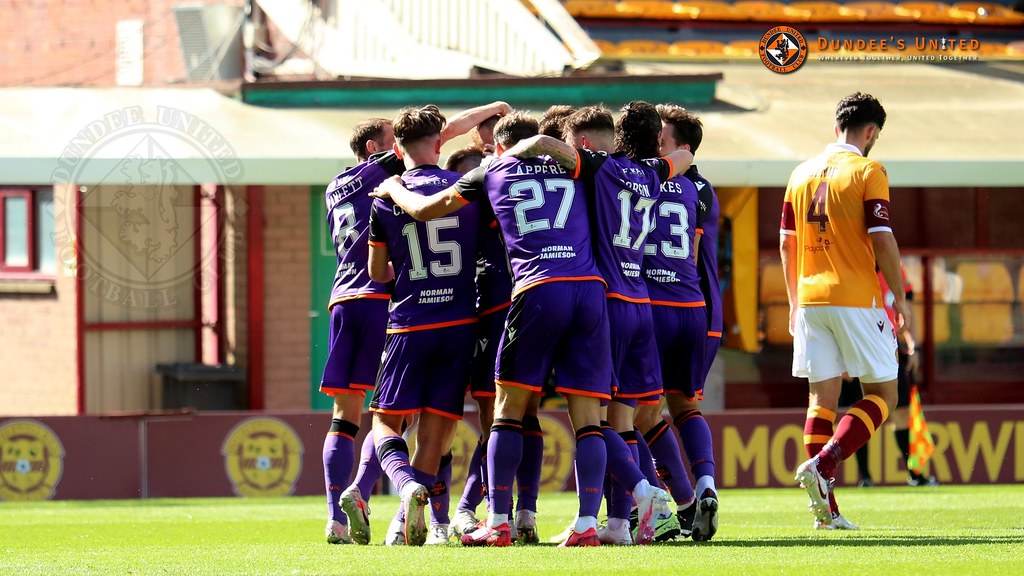 United proceeded to play with a confidence from this point on and looked the more likely to score. The hosts continued to test a United defence marshalled expertly by the experienced duo of Connolly and Reynolds and flanked by the energetic Robson and Liam Smith and, any time they threatened to go near the United goal, our number one Benji Siegrist was on hand to deny them glory. In particular, he made a Tony Watt volley goalwards look tame with his safe hands and great positioning.

Dillon Powers was denied a second United goal by a fingertip save by Carson as United pushed for a decisive second goal late on.

As the final stages approached, the hosts tried everything to get back into the game but the lads defended superbly and continued to threaten up the other end.

Manager Micky Mellon will be delighted with the performance and the result, and after the game he remarked: “We were excellent once we believed in ourselves. We should have won by more than one goal and that was a fantastic save to deny Powers. We knew we were going to get asked a lot of questions and I think the players can take a lot of credit for answering them. It's a great result for us.

"Mark Reynolds helps me drive the standard, he's been brilliant since I came in. I was delighted to see him getting his goal today.”

Next up for United is a home fixture at home to Hibs on Tuesday night.