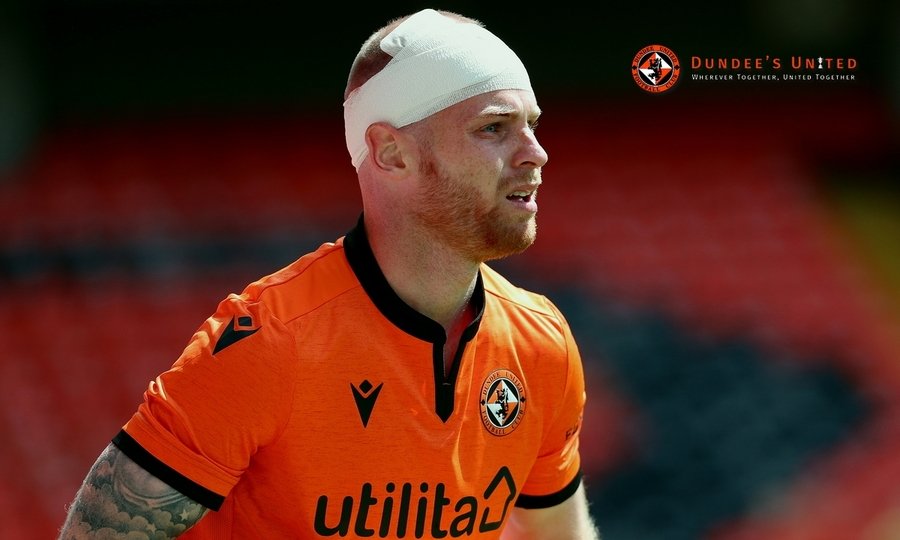 Dundee United Football Club is pleased to confirm that defender Mark Connolly has signed an extension to his current contract and will remain in tangerine until 2023.

The 28-year-old Irishman arrived at Tannadice in January 2019 and was a key part of our title-winning defence as he helped the Club return to the Premiership, and has continued to be ever-present in our first three matches of the new campaign under Micky Mellon.

In total, he's made 40 appearances in a United shirt scoring one goal away at Queen of the South at the beginning of 2020; a goal which proved to be the winner and a vital three points for the Club on the way to the title.

A leader both on and off the park, Mark prides himself on being available for any of his team mates who need advice, especially the young players who are only now starting out in their careers.

"I'm absolutely delighted," said Mark. "Delighted for myself and my family to know that I'm going to be here for another few years. I'm also delighted that the Club is showing backing of me in what I've done both on and off the field."

"I've loved it since the first day I moved here. It's a huge club with fantastic people working at it and also the people I've met in the city have now become friends. So, it was an easy to decision to stay here, the Club is moving forward and I want to be a part of that."

Sporting Director Tony Asghar added: "We are delighted that Mark has committed to Dundee United with this contract extension. Mark, along with other senior members of our playing squad, has led the way we wanted to change the culture of our Club with a team-first mentality and work ethic.

"His playing style and leadership have been excellent, not just in our promotion season, but also in our early Premiership games under Micky. Mark has also engaged with the fans and the community and his mentorship to our young players is key to how we, as a Club, want to flourish. At 28 he is at a great age to be a pivotal player for Dundee United in the next few years.”