United produced a tremendous performance in coming from behind to secure victory in Dingwall today. With five experienced first-team men unavailable due to injury, Micky Mellon’s charges took to the field with three Academy graduates in the starting line-up and four more on the bench and, from the off, they set about with the endeavour and belief that suggested a togetherness that will please all.

In the end it was goals by the more experienced Peter Pawlett and Nicky Clark that secured a deserved victory but there was much to excite in this terrific team performance. Kieran Freeman made his first team debut alongside Logan Chalmers and Louis Appere as youth was given an opportunity to flourish alongside the experienced core. In truth, such was the level of second half performance that United could have won by more.

The start to the game was frantic with both teams playing at a high tempo and pressing high but there was little goalmouth action in those early stages.

The biggest talking point early on came when Referee Craig Napier yellow carded County’s Paton for simulation with the home side feeling that a penalty kick was the correct outcome.

Perhaps feeling frustrated by the outcome earlier, County took the lead in 29 minutes with a well struck finish from ex-United man Coll Donaldson. United’s attempt at a clearance only reached as far as Stewart on the angle of the box and he teed it up for the big defender to lash home.

United’s response was to show the resilience and quality that continue to grow within this squad. With Bolton causing the County defence problems time and time and Chalmers, aided by the confident driving runs of Sporle continually posing questions it was a deserved equaliser when it came. Great strong wing play by Bolton ensured he got beyond the defence and his cut back was met by Sporle on the edge of the box. His drive was heading goal wards but after a short period when it was lodged between Donaldson and Appere on the six yard line, it arrived at Pawlett who poked it beyond the keeper and into the net.

The second half brought even more energy, determination and confidence from United as they dominated proceedings. County were still a threat and can look at two efforts from Stewart where they might feel he could have done better but as the half wore on, United looked the stronger team and threatened on several occasions - Bolton in particular was through on goal before twice being denied. His pace a constant threat, the on-loan Man city player was relishing the battle. 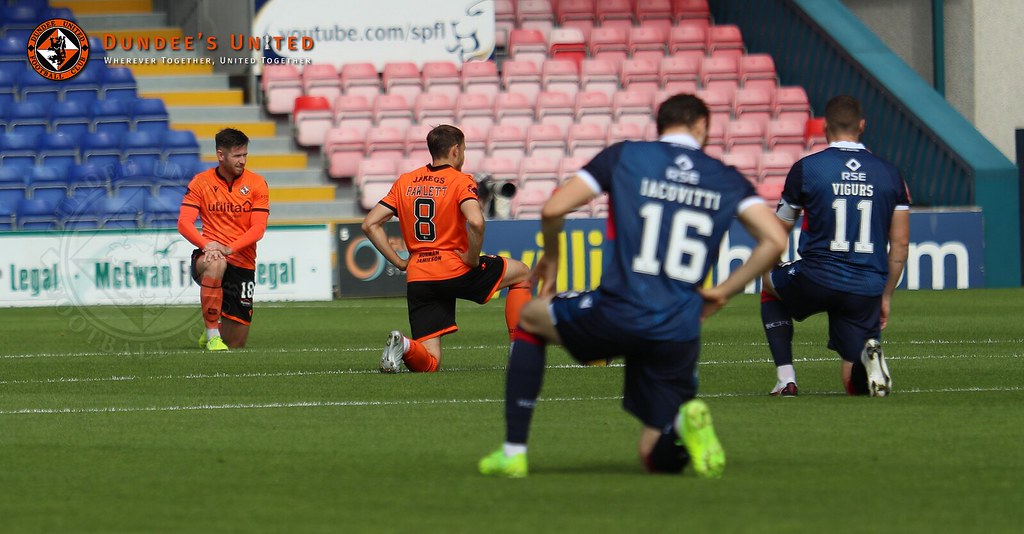 Young Terror Freeman was replaced by Lewis Neilson and then Clark and Power replaced Appere and Butcher as Micky Mellon tinkered with his options. It was one of those subs who made the breakthrough with eleven minutes remaining. Much will be said about the fantastic way Clark slid home his effort after being played in by Cammy Smith who had replaced Bolton minutes earlier but credit must also be lavished onto the part played by Chalmers. The youngster twisted and turned in midfield avoiding three challenges before sliding the ball into Smith who deftly played in round the corner for Clark to make finishing look easy.

United had chances to add more - notably when Lewis Neilson stole the ball and ran 60 yards before being thwarted just as he went to shoot - but as impressive was the way they played the game out with County being kept away from Benji’s goal time and again by the resolute defence.

This was a fantastic team performance punctured with the sharpness of youth, pace and experience in the core and a confidence that continues to grow and after a well earned rest, focus will turn to next week and the visit of Celtic.