United secured a deserved three points against St Mirren thanks to goals by Lawrence Shankland and Adrian Sporle in what could have been a more emphatic win.

This performance ticked a lot of boxes with great finishes, some dazzling wing play by Our Academy graduate Logan Chalmers and several players performing at a great level of performance - all adding to a first home win this season for the Tangerines in the Scottish Premiership and a spot in the top six at the end of the ninety minutes.

Up against a team on the same points total before the game, this was an important win and despite the visitors starting well and having a couple of half-chances before United got going, Shankland’s finish in 33 minutes was as good as you will see and more than made up for the lack of goalmouth action beforehand.

A corner from Logan Chalmers was headed his way by a defender and, with his back to goal, he twisted his body before volleying right-footed into the far corner of the net past the despairing dive of Zlamal.

Nicky Clark almost made it 2-0 before half time when he couldn’t quite convert Shankland’s cutback and the ball slid just past the upright. 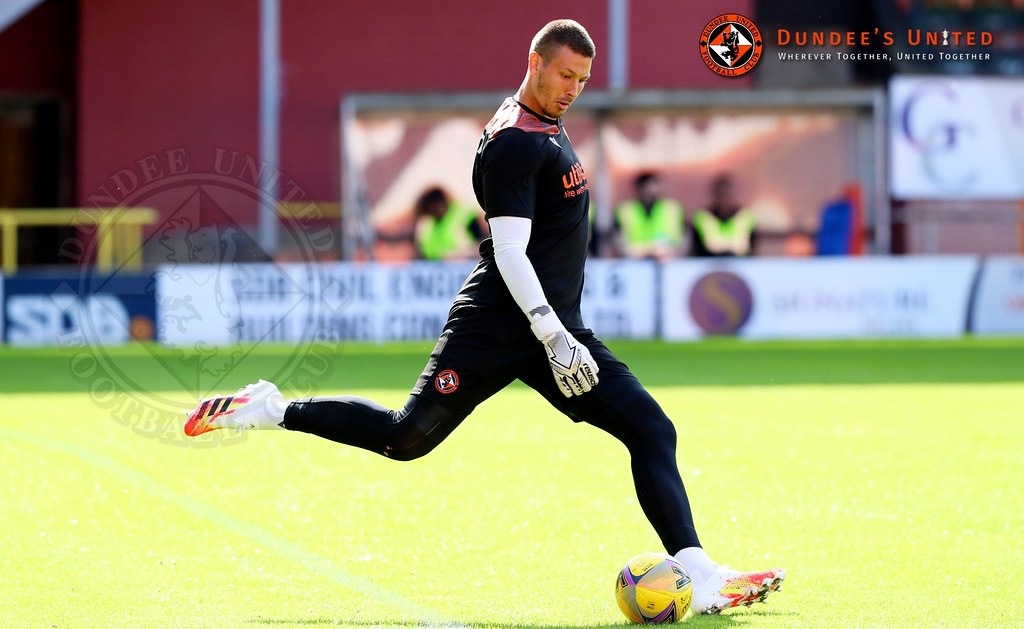 The second half started with United dominant, and it was no surprise when the second goal came in 52 minutes. Nicky Clark had been denied by the post and then Harkes and Shankland by the goalkeeper but when the ball landed at the feet of Sporle just inside the area he thumped home into the far corner for his first of the season and United's second of the afternoon.

St Mirren looked to be toiling when they lost the red-carded Richard Tait on the hour-mark for a poor tackle on Logan Chalmers who has tormented the St Mirren defence all day.

However, the 10 men gave themselves hope with an excellent finish from Dylan Connolly after he robbed Reynolds of possession inside the United area midway through the second half.

The impressive Chalmers was a whisker away from capping a tremendous performance with a goal as he fired just wide and then Sporle’s strike was deflected past as United tried to make the match safe.

Another of Our Academy graduates Declan Glass had a glorious chance in stoppage-time but he pulled his shot slightly wide of the target from just outside the box.