GIRLS' ACADEMY: ONE YEAR ON 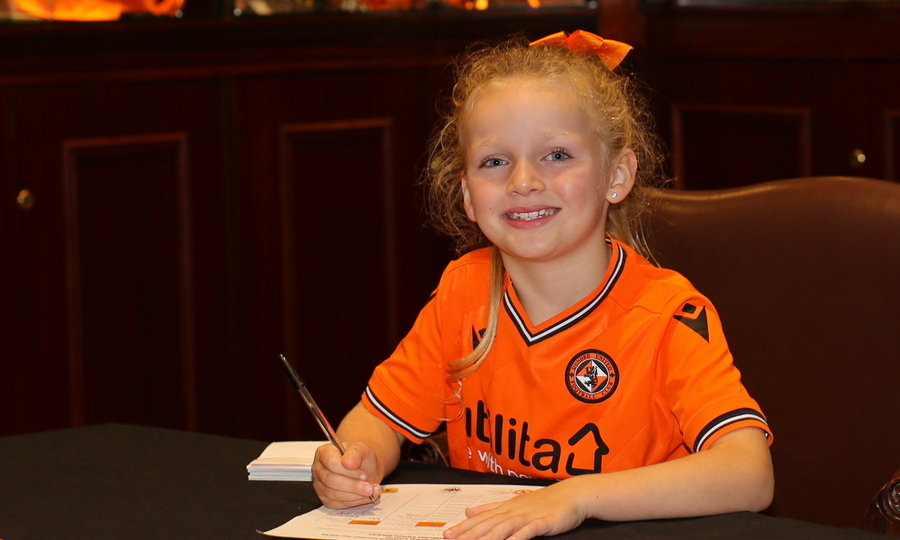 On 24 September 2019, the Club’s Community Trust launched the Girls’ Academy with the aim of providing more opportunities for girls to take part in football.  One year on, and the Girls’ Academy has given close to 70 girls aged 5-15 years the platform to play football on a weekly basis.

The Girls’ Academy started with one volunteer supporting the Trust’s Girls’ & Women’s Development Officer, Georgia Carter, in delivering a weekly session for girls aged 5 to 8 years to form the first grassroots team at Dundee United Community Trust.  The Girls’ Academy Under 9s took part in fortnightly festivals, playing against other grassroots teams in the East Region.  The Girls’ Academy Under 11s quickly followed in October; the popularity of the Under 11s squad now means we have two teams at this age group.  In December, the Girls’ Academy grew to include an Under 13s squad and Under 15s squad, with both squads competing in regional leagues prior to lockdown measures being implemented.

Georgia commented, “Growing up I would be the only girl playing football.  The Girls’ Academy eliminates the idea that football is a male dominated sport.  Through the players at Dundee United WFC and the Girls’ Academy coaches, which also have a significant female influence, we have very strong female role models for young girls in Dundee to look up to and be proud of.”

Dundee United Community Trust is committed to growing the number of quality opportunities available for girls and women to get involved in football.  In addition to the Girls’ Academy, the Trust have also:

Paul Wilson, Head of Community Development commented, “The Girls’ Academy provides a fun and welcoming environment for girls to play football in Dundee.  Georgia has worked tirelessly to ensure we have an excellent team of volunteers who are all extremely passionate about the girls’ and women’s game and supporting our players.  Their desire to improve both the players and them as individuals is invaluable to what we’re doing.”

The Girls’ Academy will be introducing Under 7s squads and an Under 17s squad very shortly that will see a full pathway be available from U7s to Dundee United WFC.

If you’d like to get involved in Girls Academy or find out more information, please e-mail georgia.carter@dundeeunitedct.co.uk.